Am I There Yet? Excursion to Leicester, UK

This may have been the longest week of my life! So much to share, so little time (off to yet another University activity). Lets start from the beginning. My travels began on Sunday September 22, 2014 at a bright and early 5am drive to the local airport in Memphis, TN. You could imagine the nerves and excitement as my mom and I headed to the kiosk to collect my boarding passes to the first legs of my travels. After paying an extra $100 fee for my oversized luggage and still worried that I haven’t packed enough, I headed to the security checkpoint with backpack/camera/passport in hand like a true world traveler. After saying my goodbyes to mom the anxiety truly started to settle. This will be the longest time I’ve ever been away from my family. 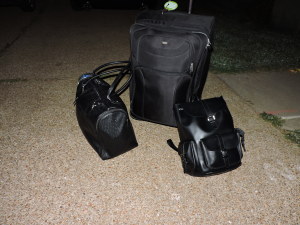 Four hours later I finally land in my layover city of Atlanta, Ga. If you’ve ever been to the Atlanta airport you know it’s about the size of Tuscaloosa itself. It was quite the trek to go from my arriving terminal to my departing one. But no worries, I had 8 hours of layover time to spare -_-. Netflix and free wifi was definitely God’s way of saying, “Don’t worry, I’ve got your back.” Ha! Fast foreword 8 hours of eating overpriced airport food and ‘people watching’ I finally get to board my plane to the UK!The plane ride was surprisingly not as bad as I was expecting. I was fed twice and was able to watch a few movies in between dozing off. The six hours flew by so quickly. 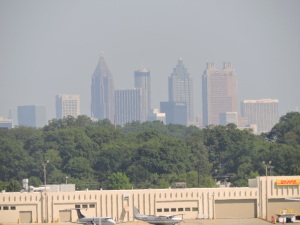 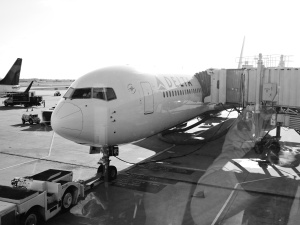 Here is where the madness begins. Landing at London Heathrow Int’l airport was so exciting. This may sound a little naive but I really couldn’t wait to see the locals and how they differed from Americans physically (as if they were a different specimen from another planet). I was kind of disappointed to find that they looked just like people, hmph. The Heathrow airport was in fact a little different than American airports. I had to catch a train to catch a train to catch yet another train to make it the baggage claim for them to tell me that my luggage has in fact been placed on another flight that won’t be arriving until the next morning. Great! The Study Abroad students were directed to meet at our meeting point at a certain time in order to catch the coach that will then take us to Leicester (2 hours away). It didn’t take much time for me to reach the point of STRESSED! I honestly had no idea what to do. If I did leave with the coach I’d have to find my way BACK to London to retrieve my luggage. Not cool. As I began to make my way towards the area of the airport coach pickup I hear my name over the airport intercom telling me to come to baggage claim. I actually didn’t know it was my name being called until the second time on the account of my ears hadn’t adjusted to the British accent. After reaching the baggage claim desk a gentleman informed me that my baggage would actually make it to London in about an hour and I had a chance to either wait, which meant being left by the school’s coach, or leaving with the other students and having to return to London on my own to retrieve my luggage. I obviously chose the most logical… get stranded in the London airport with my 59lbs overweight luggage and no idea how to get to Leicester. “This is the longest trip of my life… Am I there yet?” 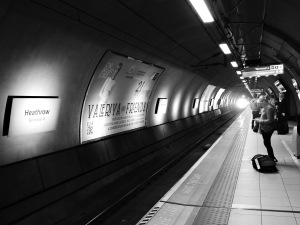 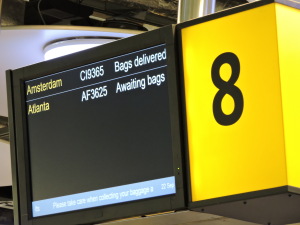