Everyone’s first stereotypes of Australians are pretty similar.  They surf, cook shrimp on the barbie and say “G’day!” for everything. The funniest part is that most of these stereotypes are true, for the most part.

The best part of Australian stereotypes are that they aren’t negative. It’s hard to find something bad to say about Australians because they are so laid-back and friendly when it comes to, well, mostly everything. It was fun participating in Australian traditions while studying abroad. I learned how to surf some waves, went to my first authentic Australian “barbie” (there was no shrimp involved), and I got to meet some Aussies who say “G’day!” on a daily basis.

In fact I have met people from all over the world while studying abroad here, not just Australians. My favorite part of this country is how multicultural it is. People live here from literally everywhere! My roommates are from Chile, South Africa, Norway and Australia. I even have a friends from Kuwait and Thailand. I have never expected to meet such a variety of amazing people along my journey abroad. The best part is that all of them are super friendly and all-around good people. 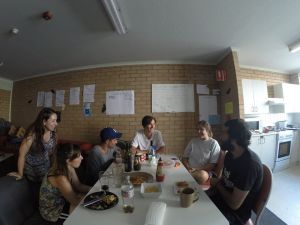 My wonderful roommates from all over the world.

University is very different from attending University back in the United States. It’s more relaxed, and it isn’t considered mandatory to attend to promise a job. In Australia, you have a choice to either attend University or you can pick a trade to work in, which is just as successful money-wise. Either way, both academic paths are excellent choices because not everybody has strengths in completing a higher education. Another difference is that earning a degree in Australia only takes 3 years. Students only have a take a few elective courses outside their field of choice. No extra english, sciences or history courses are necessary.

My favorite part of studying abroad is the city I chose to live in. Newcastle, Australia is perfectly placed along the beautiful coastline with over 5 beaches that aren’t very far from the University. Newcastle is known for being the largest coal exporting harbour in the world and is the second largest city after Sydney. There aren’t many tourists and the city looks like it is straight out of the 1800s with the beautiful architecture and laid-back city life.

My university was also located in the bushland, home to some of the craziest Australian animals and the craziest weather you could ever imagine. An average temperature here during the day in summer is around 40 degrees Celsius (110 degrees Fahrenheit). The sun here is twice as hot and dangerous than it is in the United States. Pretty much SPF 50 doesn’t work sometimes! 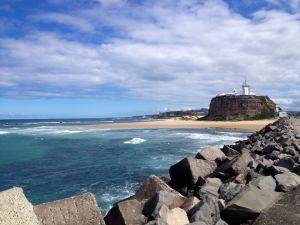 My daily view while living in Newcastle 🙂

The culture in this country is so different than in the United States. You’d think just because they speak English like us, that everything would be pretty similar but that’s where you’re wrong. They don’t tip in restaurants, they drive on the left side of the road, they aren’t as patriotic as Americans, and their food here is way healthier than ours.

This semester flew by so incredibly fast and I have learned so much about this foreign culture in such a short amount of time. Australians are so welcoming to those from around the world, especially Americans. I am definitely going to bring home some Aussie slang, and vegemite is just as gross as it sounds. 🙂 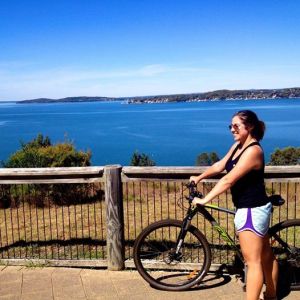 The wonderful University of Newcastle 🙂 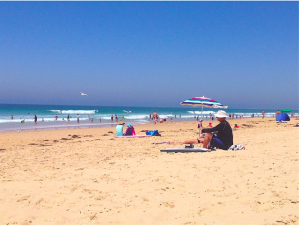 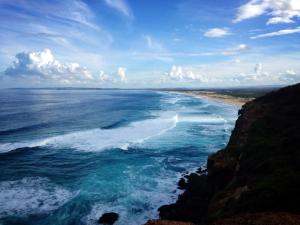 Australia is so beautiful 🙂