Life So Far in Köln

I can’t believe that I’ve only been in Cologne, Germany for three months. It feels like a lifetime.

When I first arrived I was overwhelmed but excited. I was ready to learn. I was ready to take on new challenges. Now, I feel much more settled into my regular life here, and it feels less like an “experience” and more like- well, regular daily living.

Things I had to get used to:

– Taking the tram everywhere and getting used to experiencing weird situations, often exacerbated by the language barrier. In one particularly memorable instance, everyone began running to get off the tram (despite the fact that it was not at a station) following an announcement in rapid fire German from the conductor. Then, they all ran to the next station, where they got back on the same tram (still haven’t figured out what happened there).

– Hearing all of my students – all, from ages 10 to 18 – sing “Good Morning Miss Cavin” to me every day to start the lesson.

– Asking students to “draw a table” and watching all of them take out a ruler so that their lines would be perfectly precise (I started needing to account for the amount of time this would take in my lesson plans).

– Speaking to vendors in a weird mix of German (Deutsch) and English, also referred to as Denglish. A typical conversation would go like this:

Them: Okay! Thank you, danke! Tschüss!

Most of these conversations occured while buying food, since the best part of living in Germany is, undoubtedly, getting to eat German food. Homemade, bought at a bakery, discovered at the grocery store- it doesn’t matter. Everything is worth trying and (usually) completely delicious. It is also much cheaper than in the states. 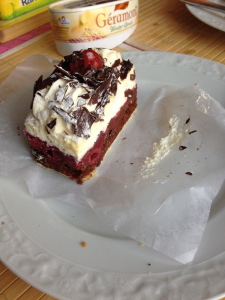 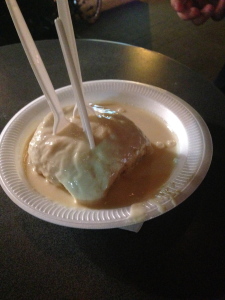 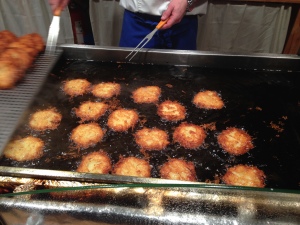 I am also getting an interesting perspective on the German education system here. In one of my classes, I taught about the American Dream to a group of eleventh graders for roughly a month and a half. They had so many interesting things to say and I learned a lot about how other countries perceive the USA. It isn’t always positive, but it isn’t always negative, either. Of course, teachers and students are both a lot more straightforward with their opinions than I’m otherwise used to, so that took some getting used to as well, but I really felt lucky to have gained all the relationships that I did!

The most major excursion that I went on while I was here was to Paris! I went with another American student who is in Germany through the same program that I am, and we definitely got the full travel-on-a-budget experience. We stayed in a hostel (definitely an adventure), ate a ton of French food (as one does in Paris) and saw as many sights as we possibly could in two days. It was a whirlwind adventure, but I wouldn’t have had it any other way. 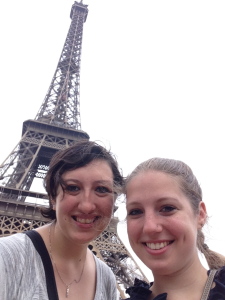 Emma (left) and I in front of the Eiffel Tour

Roughly halfway through my experience here, as I began to realize that I would not, in fact, be able to stay in Cologne forever, I decided that forever might be too long but three months was definitely not enough…so I searched around, found a job, and am moving back to Cologne, Germany next year! I would never have guessed that this would be where I would live post-graduation but what can I say…life is full of surprises, and I’m just going to have the best time that I can!