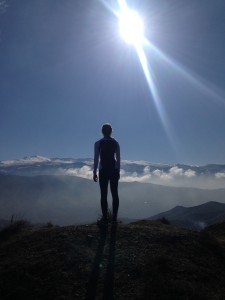 It has been amazing to see the changes, both internal and external, that have occurred in my time in Granada, Spain these past six weeks. It seemed like yesterday that I was hugging my dad in the Oklahoma City airport with mixed emotions. Would I get homesick? Would I make friends? Would I be able to communicate? These questions kept circling my mind as I boarded the flight. I was embarking on the scariest yet most exhilarating adventure of my life.

On the plane, somewhere over Iceland, I came across a powerful quote by Mark Twain. He said, “The two most important days in your life are the day you were born and the day you find out why.” My quest to find out why sums up my motivation for studying abroad.

All I’ve really ever known is middleclass suburbia. I went from a midsized town in Oklahoma to a midsized town in Alabama. In all honesty, I was comfortable and craving something more. I wanted to live in a place that had maintained their unique culture with reduced international influence. I wanted to be exposed to new people, ideas, and language. Lastly, I wanted to live somewhere beautiful. Granada, Spain is set on the foothills of the Sierra Nevada in close proximity to the Mediterranean Sea. It contains a beautiful mix of Catholic, Islamic, and Jewish influence. As a Spanish major looking to master the language and embark on adventure, studying in Granada was a dead giveaway.

I would like to say that my first impression of Granada was one of instant love. I wish I could say that the language barrier was nonexistent, I never got lost, and immediately made many Spanish friends. But then, I would be lying. My love for Granada grew in time through the unexpected encounters. It grew in the small conversations with the local baker, bar tender, and bus driver. Love was getting caught in the Spanish rain, fresh pastries and coffee, cobblestone streets, morning hikes, passionate class discussions, and flamenco shows.

I have been told by many people how lucky I am to study abroad. Although I feel incredibly blessed to have this once in a lifetime opportunity, studying abroad has nothing to do with luck. It took months of careful planning and preparation. Everyone who is able should study abroad. Granada, Spain has stolen my heart. With each day, I find myself closer to discovering who I am and who I want to be. It’s a crazy beautiful world out there- take the chance and find out why. 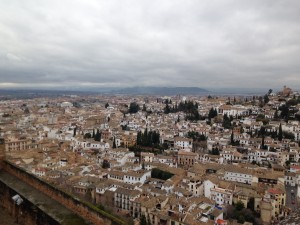