It’s amazing how fast time flies. I can’t believe I’ve already been in Cuba for over a month. Since first stepping out of the plane and into the Cuban sunshine on the runway in Havana, this trip has been unreal. Travelling from the U.S. to Cuba is like going back in time, partly a consequence of the U.S. trade embargo. The most striking difference is probably the presence of so many old cars. All of the American cars are Chevrolets, Fords, and Dodges from the 1950s. They’re the cars that our grandparents used to drive. Now they’re all taxis. There are also a lot of Russian models from the 1980s, remnants of Cuba’s close ties with the soviets during the cold war. And there are very few modern cars, mostly of Asian origin like Toyota, Honda, and Hyundai. The buildings are likewise dated. The architecture is all decades old, and with the exception of a few designated tourist areas that have been maintained or restored, countless buildings are falling apart due to years of neglect. Many would qualify as ruins. But at the same time, the old buildings and cars are really what give Havana a lot of its character.

So far, all the students on the trip have been faithfully speaking Spanish. I’ve already seen a marked improvement in everyone, myself included. But even a month in, it can be tricky interacting with ordinary Cubans on the street. Cubans have a unique dialect, and they use a lot of colloquialisms that are uncommon in other Hispanic countries, as well as U.S. Spanish classrooms. That has made things a little more difficult at times, but it’s all part of the fun.

Challenges I’ve had to face so far beyond the foreign language include lack of published bus routes/schedules, no cell phone, very limited access to the Internet, an unnecessarily complex double currency system, scarcity of public bathrooms, and intermittent power outages. Even worse still, I’m now running low on peanut butter. I’m starting to think that my three-month supply was inadequate. But despite being a little inconvenient, these are some of the things that contribute to making this trip an adventure. And they certainly make me appreciate the things we’re privileged with back home.

I’m much busier here than I expected to be. Aside from class every weekday, we’ve been averaging about two group excursions per week. So far, we’ve visited the beach, a couple of Indian caves, a tobacco farm, a cigar factory, the Jose Martí museum, an orchid farm, the Hemmingway house, the national Cuban book fair, two concerts, the Latin-American School of Medicine, the Spanish fort at the mouth of the bay, the Museum of Rum (and gift shop), the Plaza Mayor, the Prado, and the Museum of Fine Art just to name a few.

Classes in Cuba are also much different than what I’m used to in the U.S. The classrooms here don’t have the technology like ours do (projector, computer, internet), so the classes are more traditional and professor-centered. I also have yet to take a multiple-choice exam. All assessments are either written papers or oral evaluations. This took a little getting used to at first. Debating the ethical considerations and dilemmas of human biomedical research in Spanish takes a little practice. But before long, I got used to the new system. And my Cuban classmates have all been very helpful as well. In fact, I think it’s safe to say that that’s a characteristic of the Cuban people in general. For the most part, even the people on the street are kind, friendly, and helpful. I probably have a friendly conversation with a stranger at least once a day, usually more. It’s like the southern comfort that we have in Alabama, just further south.

I’m having a lot of fun and I’m learning a lot, but writing this entry reminds me just how fast time goes by. I know I’ll be back home before I know it, so that’s all the more reason to make the most of my time here while I can. There have been times that I’ve gotten homesick. I miss my family and friends. But at the moment, there’s nowhere else I’d rather be than Havana, Cuba.

P.S. I joined the University of Havana’s Philosophy Department soccer team to compete in the Caribbean Games. The games start next week. Tune in next time to see how we do. 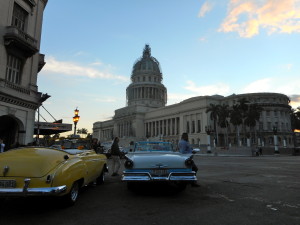 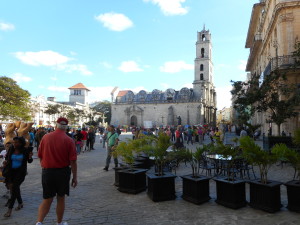 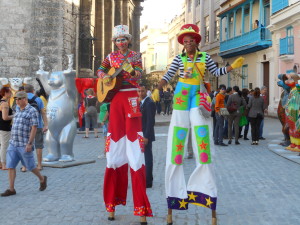 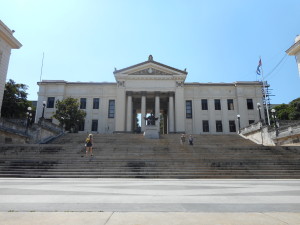