Okay, so that last part wasn’t a perfect alliteration…  But that doesn’t distract from the fact that traveling throughout Europe has been an amazing experience. In comparison to the time it  takes me to drive from Kansas City (home) to Tuscaloosa, instead of crossing six different states I could be through six different countries with completely different languages and cultures. It still sort of blows my mind. Sometimes you don’t even have to leave a country to end up in a region that speaks a completely different language.

Anyhow, I’m writing this post about my most recent trip. Two friends and I packed our bags over Easter weekend and took a short flight over the Irish sea to Edinburgh, in the lovely country of Scotland! Now, these friends are somewhat an adventure in themselves, which is really the important thing about studying abroad–the people you meet. Because I am studying abroad somewhat later than normal (as a senior), the courses (or modules, as they’re called in Ireland) I enrolled in are either senior or graduate level. Most other Americans I’ve met here are either sophomores or juniors, and as a result I don’t really have classes with them. So the international students that are in my classes are erasmus students–european exchange students–because they tend to go abroad their last year. This has kind of been an awesome thing, because it’s like getting double culture exposure! So the two friends that joined me on this trip are from France and Germany. Every time we experienced something together, it was like looking at it through three culturally different pairs of eyes, which is great because a lot of times they would notice things I wouldn’t have. (And maybe vice versa, though they might be fed up with my American intrigue of castles… ha…) 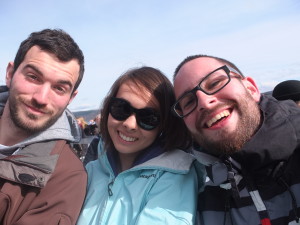 So, for most people the mention of Scotland probably brings up images of kilts and bagpipes. Both of those things are definitely there, at least in the markedly touristy parts of town. But for Harry Potter fans, they might also know that this is where J.K. Rowling sat down in the (now) famous Elephant House café and wrote her international bestseller. She also wrote the final book in Edinburgh, although in the Balmoral Hotel. Which is just a touch fancier. We did go to the café and order drinks, and from the window you can see the graveyard of Tom Riddle. If you’ve read the books or even just watched the movies, it was a cool experience. The one other Harry Potter-themed stop in the city is the George Harriot School, which was the inspiration for Hogwarts. 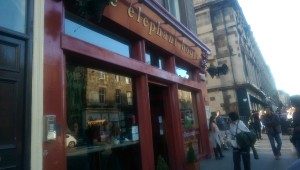 Always crowded now due to its fame

My favorite experience on this trip had to be hiking up Arthur’s seat, which is a hill situated right against the city. From the top, you can see the city, the sea, and the highlands in the distance. It was a completely spontaneous decision on our first day, and an excellent one. Though we might have slightly misjudged how high it was and the time it would take…

On Easter Sunday, we did attend mass at the St. Giles cathedral, the principal church in Edinburgh. Between the organ pieces, there were short sermons, and I couldn’t help but think that the priest’s accent sounded exactly like Hiccup’s dad from How to Train Your Dragon… Which made the experience even better. 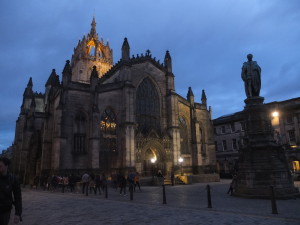 Moving away from the city, we decided to take a trip out to the famous Loch Ness. It took a couple of hours by coach, was ominously foggy in the morning, then cleared up into a beautiful day. The lake itself actually looks like any other, but the waters are indeed very dark due to the high concentration of peat from the bogs. We did not spot Nessie. 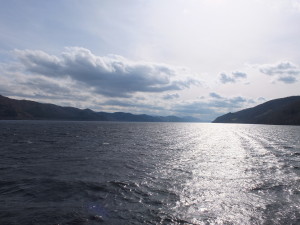 In the couple hours drive, we passed through the famous Scottish highlands. Famous especially if you’re familiar with 007 movies, because these were the ones James Bond drove through at the end of Skyfall. Amazingly, we did see an Aston Martin db5 on the trip, though I was unable to get a picture of it. 🙁 I’m sure he was having an amazing day. The flatter parts of the highlands actually looked quite similar to parts of Ireland, but for the sake of James Bond, Scotland is where I would drive my Aston Martin. (You know… If I had one.) 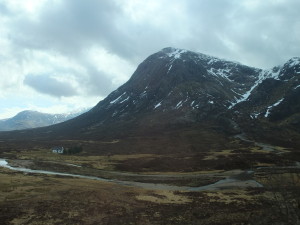 Little house in the rural highlands