5 Things I Learned During My First Month In Spain 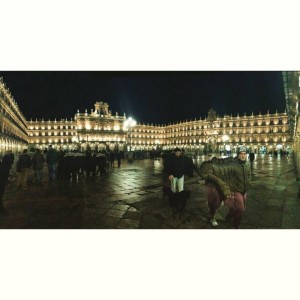 In many ways, I have revolved my entire college experience around this semester. I loaded up on classes at Alabama so that I would be able to graduate on time. I chose to minor in Spanish so that I would be able to communicate when I arrived (or so I thought). I saved money, studied hard, spent hours in my advisor’s office filling out paperwork, and even made the 10 hour drive to Houston on a Wednesday afternoon during midterms for my visa appointment. My first month in Salamanca, Spain is already worth every heavy class load and every frustrating battle with the financial aid office. My expectations are completely, utterly blown out of the water. I have been to some of the most beautiful places that I’ve ever seen. Above all, I am learning. There hasn’t been a day yet that I haven’t picked up a new Spanish colloquialism, heard about a new city, or even learned some trivia about the Royal Family. Here are the 5 most important things that I’ve learned this month (spoiler alert: I didn’t learn them in class):