Right now, the best state to describe myself in is limbo. The inbetween place. The between state of an ending school year and beginning an adventure in Barcelona. Its a good place to be though. Its a place of preparation, excitement, and anticipation. Having planned an abroad trip two years ago, its cool to see this finally come to fruition. Going abroad has always been something that I’ve wanted to do for the shear experience of it, but now having met with the company that I’m interning for, the idea of possibly living and working abroad is starting to seem like an option in the future. Having tried studying abroad last year in New Zealand through an affiliate program, I decided to go with a UA faculty-led internship program which is how I ended up deciding on Barcelona. Cost and convenience were major players in deciding where I wanted to intern. Right now, my preparation has involved surrounding myself with as much marketing and finance materials I can get my hands on to prepare for my internship as much as possible. Although learning the language should be on the front burner, its definitely something I’ve been less disciplined in, but I’d like to begin learning as much of that as well before I leave. I’m trying to be as minimalist as possible with what I bring so that I can have room for as many things as possible coming back to the states. So I’ve got all the bare minimum essentials and one book to keep my mind busy on the plane. Right now, my emotions are pretty even keel. I’m excited, but not nervous. I expect to learn about Spanish culture and the international business environment. I also expect to make connections and networking contacts for future career advancement. 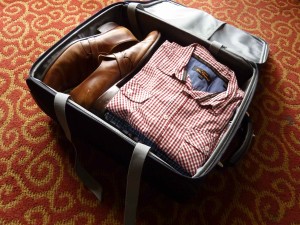