“Parting is such sweet sorrow..”

It’s hard to believe that my time here in England has nearly come to its end. Studying abroad for an entire school year has been the most rewarding, yet most challenging thing that I’ve ever done. If I had the chance to go back before deciding to come, knowing what I know now, I would change very little. This experience has helped me grow in so many ways that might not have happened in the time frame back home. As strange as it sounds, I almost am more sad about leaving than happy about going home. The realization that I won’t see many of the people I’ve gotten to know fairly well has started to hit me pretty hard as the “good-byes” and “farewells” have begun. It’s almost had a similar feeling to freshman year in the sense that I had to adjust to a new academic atmosphere, new people, and experience all the ups and downs that come with a any full school year. I came with the intention of immersing myself completely into student life, and I think I’ve been able to do that and more. From late nights watching football (soccer) with mates, to drinking tea almost every day, Britain has definitely established a place in my heart for quite a while to come.

The chance to travel around Europe has also been one of the greatest experiences of my life thus far. I’ve been able to travel to Edinburgh, Stonehenge, Cambridge, Rome, and Paris just to name a few. It ‘s an amazing feeling when you’re able to see places and things that have so much history and character. Whether it be the Colosseum in Rome, the Houses of Parliament in London, or the Eiffel Tower in Paris, knowing that so many people – famous and unknown, average and learned, youthful and aged – have gazed upon or walked through those particular destinations is quite awe-inspiring. While there have been so many moments like this throughout the duration of my time here, certain experiences stand out among others. If I had to choose one, it would definitely be seeing the Sistine Chapel inside the Vatican Museums. The Vatican has the highest concentration of art and artifacts in the world, and I absolutely love art history, so it was dream come true. Michelangelo’s works are definitely some of the greatest gifts to humankind in my opinion, and I think many people would agree. If I had to choose a second favorite experience, it would be spending time in the 4th and 5th arrondissements of Paris. These areas include iconic places like Notre Dame de Paris, the Pantheon, and the famous Sainte-Chappelle. Some of the greatest minds in western civilization from Thomas Aquinas to Ernest Hemingway have trekked through these areas. From wonderful views of the Seine river, the surrounding gardens of Notre Dame, and the nostalgic Shakespeare and Company bookstore, it simply is as good as it gets.

While my time is Europe is nearly done, I look forward to the day I’ll be able to return. Studying abroad has been such a great experience and I definitely think every student that is able should do it. The world has so much to offer and I’ve only just scratched the surface. This experience has definitely broadened my horizons and I can’t wait until there’s another opportunity to go abroad. Until then, I look forward to returning to the Land of the Free and Home of the Brave! 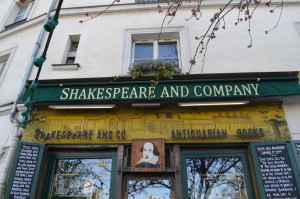 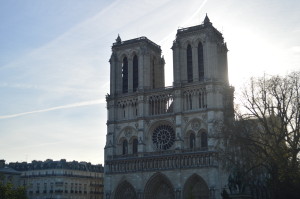 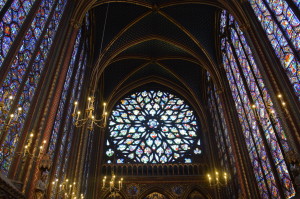