Well…it has been 5 months now. I can’t believe how quickly this semester has seemed to go by. It feels like I was just getting on the plane to Scotland from the U.S. just yesterday. The last two months consisted of Spring Break and exams. Both of those were very interesting and different experiences from Spring Break and Exams at Alabama. Spring Break lasted for about 3 weeks. I got the chance to travel to different places in that time. I spent a little over a week in Ireland and then about a week in London and around England before returning to Glasgow to prepare for exams. Both Ireland and England were very beautiful. I enjoyed Spring Break immensely. I think my favorite places during Spring Break would be the Cliffs of Moher and Blarney in Ireland and London. The Cliffs of Moher and Blarney were both very beautiful in a way that is difficult to explain. London was fascinating. It was so large and had so much to do and see. I even got the chance to go see the musical Wicked in West End, which for a musical lover such as myself was very exciting. Spring Break provided even more memories to the semester to make it an unforgettable experience.

After traveling around during Spring Break, I faced a month long examination period. In Scotland, exams are spread out over a month, so I had one the last week in April, the second week in May, and had to turn in a paper by the last week of exams which was the third week of May. It was a very different experience as well to the U.S. format of a week long examination period. It allowed some time to relax and keep from stressing, but following the Spring Break and how spread out the exams were, many people I discussed the format with found it hard to concentrate on studying at times. We all got it done though and exams are finished now with just the anticipation of result left to come.

After my last exam, I allowed myself time to travel for about a week. I was lucky in that my mother was able to come visit me for that travel and I got to show her around Glasgow and Scotland, introducing her to my life for the last 5 months. We then set off for about four days in Italy where we were able to see Rome and Florence before flying to London for about two days. Rome and Florence were both very interesting to see. I loved them both. Rome was very exciting for me due to all the history it contains. It was mind-blowing for me to think about how much history I was walking right on the top of just by walking around Rome and the Vatican City, much less the attractions like the Colosseum or the Pantheon. When we got to London, it was another fantastic experience. I love London as well. We got the chance to go see another musical in London’s West End. This time it was Mamma Mia! and it was just as great as going to see Wicked during Spring Break. After visiting London, we headed back to Glasgow to finish packing all of my things and to prepare to fly back to the U.S.

I, again, cannot believe it is time to leave Scotland. It has been such a great semester. The experience I have had this semester is hard to really put into words. I have seen so many places that have captured my imagination for so long. I have learned new things, met new people, and made new friends this semester as well. I knew from a young age that I always wanted to travel at some point in my life. Studying abroad made that possible for me and though I had some second thoughts about whether or not I was doing the right thing since I can be such an introverted person, I am glad that I went through with my decision and ‘want’ to study abroad. I also believe that Scotland was a great place for me to base it out of as Glasgow has been a good place for me to be. The semester has taught me things about the places I have been, about people, and about myself. I am left with so many memories after this semester and I am having trouble trying to reconcile my excitement to see people back in Alabama and my sadness in leaving the home I have made myself for the last 5 months. Sometimes I am not sure I am entirely joking when I tell my mother that I will sneak off in the airport in Glasgow or London and just stay over here. I also find the feeling that I am a little nervous to see everyone back in Alabama also and I hope that everything will turn out okay there. I am expecting at least a little bit of an adjusting period when I get back because at the very least I will have to re-learn how to handle the Southern heat as in Scotland it is still staying around 50-60 degrees! I am very glad to have had this experience and will cherish the memories from it for the rest of my life. I also really hope that I will be able to come back and travel again one day!

The Cliffs of Moher and Blarney from Ireland, the Colosseum in Rome, from the Harry Potter Warner Brother’s Studio Tour, and the London Eye and Big Ben from London. 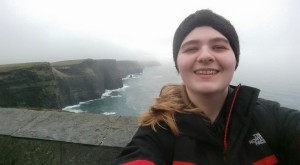 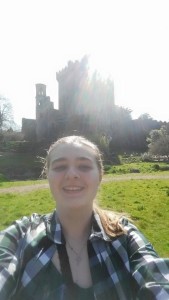 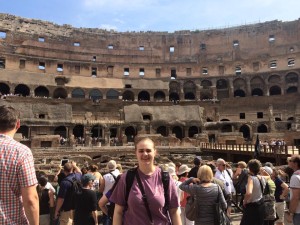 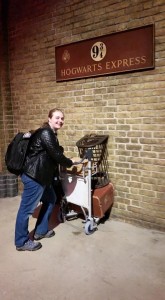 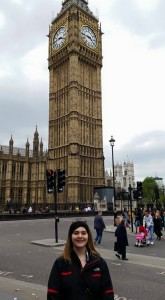 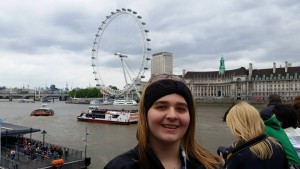