I have just completed my first week back home in the United States and it was not what I was expecting. I have been able to see my family and friends as well as have some interesting encounters with strangers.

When I arrived in the airport, it was weird hearing everyone speaking english. When the woman tried to help me with my bags, she was so sweet and kind but I think I just stared at her like a deer in headlights. With my 9 hour layover, I was able to take some time to soak in the american life, which also included american food. I’m pretty sure I went on a mini food shopping spree. When I walked into the convenience store, I was talking on the phone to my mom and every other sentence was like “Wow! They have beef jerky!” or “Oh my gosh! There’s smoothies and real chips!” and “Do you know how long it’s been since I’ve had…?”. It was so much fun to be around familiar things, but the bad part was that I couldn’t eat any of it right away. It had been about 6 months since I had american foods and my body was not ready to dive in to such a drastic change.

I would have to say the hardest thing about coming back home is the food adjustment. I had to slowly ease my way back into the normal eating schedule and diet. While some things changed, others stayed the same. I was able to eat cereal instead of toast and coffee in the morning like in Spain. I now drink a cup of tea every day and continue to eat the insane amount of fruits and veggies like the spanish diet. On the other hand, I cut out the paella, jamon, chorizo, and the glass of wine with dinner.

With my family, it’s nice to see my younger brother and grandmother. I can tell that I am not the same person as when I left them. It’s fun because my brother’s friends want to know who I am and where I’ve been. Of course, he also wants to show me off which is always fun. My grandmother tells me how mature the trip made me and how happy and relaxed I seem. I like being able to tell her about all of my experiences from flamenco shows to my little host sister and class with our teacher who was a Friar or a RealMadrid game. But the best part is when we watch the tv and there’s someone on there who speaks a bit spanish and I understand all of it before they translate it. 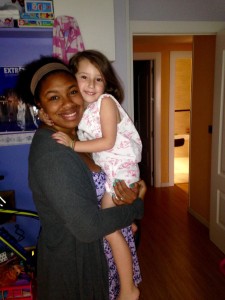 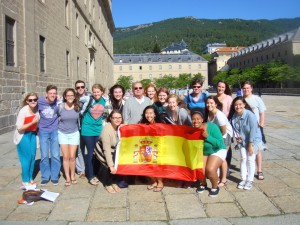 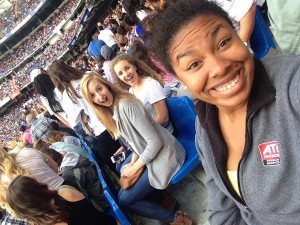 It was also very different seeing and using American money because I had grown so accustomed to the Euro. When I came back, I didn’t need to exchange money so I had soooo much change in euros. When I went to the post office I told the clerk how sorry I was because I had to put all my change on the counter. She told me it was fine and that she could take pennies, but when she started, I told her that wasn’t the problem, we had to find the american change and not the European, British, or Polish ones. After I told her that, she looked at me so oddly then looked at the coins and laughed. She said “where in God’s name have you been?!” so I told her about my semester abroad and she told me not to worry about the cost and she’ll cover it. 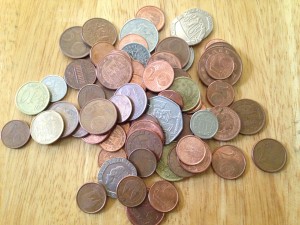 Although coming home, I thought I would be missing Spain so much and sad and not get into the flow of things back home. After a week or year in a different country, you leave a part of you behind, but after I got here, it wasn’t what I thought it would be. My family supported me and made me feel like I had always been home. They loved my stories and are excited for me to start cooking more spanish food. I’m excited to be home and can’t wait to return to my second home in Spain. I don’t think I could have asked for a better semester or welcome home.