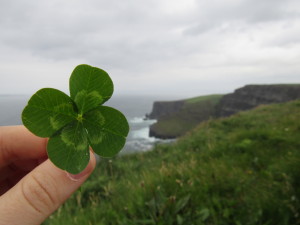 It has now been almost a month since I first arrived in the Emerald Isle for my UA in Ireland study abroad program, but it feels like it’s been at least a year. I can’t believe that I’ll soon be leaving this place, but I know that even when I leave I’ll take a piece of it with me.

When I first arrived in Ireland, I was busy trying not to have high expectations. I was afraid that I would fantasize it in my mind and that I would be completely disillusioned as soon as I stepped foot here. But I was wrong. Every expectation I had about Ireland were met and fully exceeded, so much so that it’s still difficult to believe that this place actually exists. But it’s not just that it’s as green as I thought or that it has as many sheep as I imagined–it has surpassed my expectations in a way that I never expected. It feels like home.

My time here has been filled with enchantment and wonder, because the landscapes are truly beautiful. Around every corner is a vast field or a rolling hill, and that is part of why the country is known for its sights. We’ve ventured to the majestic Cliffs of Moher, the beautiful Aran Islands, and the wondrous Burren–all experiences that I wouldn’t trade for anything. This country has so much more to offer than just pubs and fish and chips. 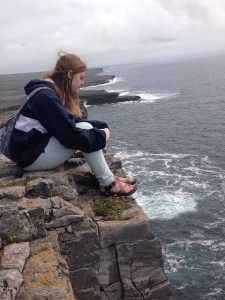 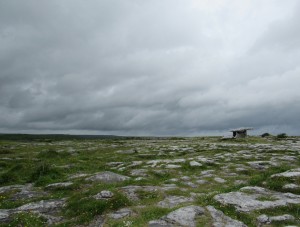 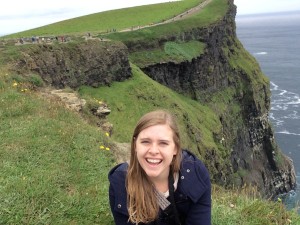 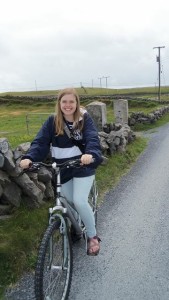 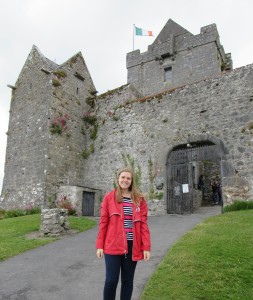 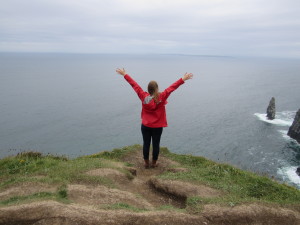 After a while of being here, though, I began to see through the facade of aesthetic beauty and found something much more beautiful lying in the green hills of Ireland: the culture. The Irish language, which I have learned is spoken much more than I had ever thought, is simply enchanting to listen to. I took voluntary classes just to learn even a tiny bit of such an exquisite language, and I will always keep with me what I have learned. The people, too, are so kind and generous. They are always willing to talk, help, and engage.

Galway, a city that I knew very little about prior to participating in this program, is a center for Irish culture. From the markets to the bay to the International Arts Festival, there is always something to see and learn from. Studying here has absolutely been a once-in-a-lifetime adventure. Not only do I get to travel to beautiful places, but I get to learn about the history and culture while doing it. Since I’ve been here, I’ve had the opportunity to take traditional Irish singing lessons, language classes, a course on James Joyce’s famous novel Ulysses, and creative writing workshops taught by a published Irish poet. More than that, the university has helped me to attend a traditional Irish music showcase, a play, and so many more culturally enriching experiences. Far and away, I would not have done this trip without the study abroad component. Because of the educational opportunities I’ve had, I’ve been able to learn so much more about this country than I ever would if I had just visited on vacation. Not to mention the National University of Ireland is beautiful. 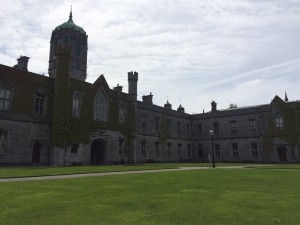 As the end of my program approaches, I am met with so many mixed emotions. I’m excited to be reunited with my friends, my family, and my country, but this place feels so much like home to me that it’s extremely difficult to accept I’ll be leaving it so soon. There are many things that I’ve missed about America over the past month, like the fact that we use single-file lines or that our food doesn’t expire so quickly, but I know that there are many things I’ll miss about Ireland too. I’ve fully adjusted to the time zone (the sun doesn’t even go down until after ten), the food choices (lots of fish and lamb), the language (“Cheers!”), and a lot of other cultural norms. So, as my return date grows closer, I have to prepare myself for an adjustment just as I did when I came here.

No matter what, though, I know that I’ll never forget the experience I’ve had here. I’ll always remember the feeling of finishing the 644th page of Ulysses, the rush of looking down at the Atlantic from the top of the Cliffs of Moher, the confidence I gained from reading one of my own poems to an international audience at Over the Edge, the comfort of putting on my own Irish-knit wool sweater, and the connection I know I will always feel to the friends I have made while being here. I now have three homes–where I was born, Tuscaloosa, and Galway. And I know that some day, when the Irish winds start to call my name, I will return. 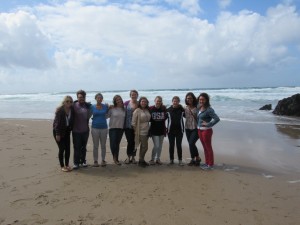