The City of Dreams

Maybe when you see that, you do not immediately think of Oxford. For me, however, it is the place I have long been dreaming of visiting and long have wanted to study there. A pinnacle of academic achievement, it stands out as the place where many of the genius’ of the world came and went.

To be quite honest my first impression was a little bleary, mainly because I did not sleep on the plane flight and after so long it starts to wear on you. But later when I looked around my first impression was how oddly perfect such modern conveniences and such age-old architecture stand side-by-side. It’s quaint and picturesque, and I loved it.

My first picture was actually quite boring… 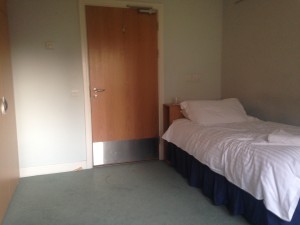 But hear me out on this, whoever told you that the British have horrible food is completely wrong. The food here is absolutely amazing. It’s hearty, healthy, and delicious! Most food in Britain is farm to table (as it is in most of Europe as well- or so I’ve heard) and for the most part there’s none of the preservatives and pesticides that are on most American foods. Alot of us have had experiences where we’ve discovered its not a food  we’re allergic to but what is sprayed or put into them. So if you ever make it here, eat up!

Honestly, the food is one of the things I’ll miss most, as well as the ease of getting everywhere that I need to go to. It takes less than 30 minutes to walk from the city borders from one end to the other and it’s incredible. It’s also probably healthier for you that way as well! To tell the truth though, I will miss everything here. I’ve loved almost everything and everyone I’ve encountered and I wish I never had to leave! 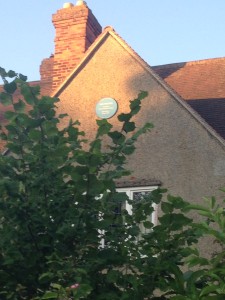 One of the great things is a good excursion is never to far away. Above is a picture of Tolkien’s house which (as long as you don’t get lost) could be walked to in 30 minutes. There’s museums, theatres, historical landmarks, and gorgeous parks within minutes of wherever you are in Oxford. Outside of Oxford there’s so much to see. London is a great city, and so far I’ve been four times. We’ve gone to Canterbury and Dover, as well as Stonehenge. Before I leave I will be going to Nottingham (home of Robin Hood), Winchester (home of Jane Austen), Bath (home of Romans and more Jane Austen), and London twice more. It’s all wonderful!

The people and the language are not all that different from our own, and so far I have met some wonderful people.

One of the things I feel obligated to say is if you come, pack light. There are so many things to see and do and you’ll want to pick up a few things on the way. The weight limit for economy flights, at least on the group flight, was 50 pounds and that’s less than you think it is! And don’t forget your family and friends back home, they’ll all be begging you to bring them something. I’m bringing home far too much and I had one of the lighter suitcases on the way here. So heed the warning!

And, if you get the chance, come to England. If you need further evidence, just look at how beautiful it is. 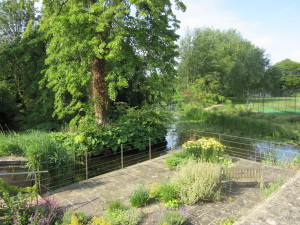