We had the privilege of being in Galway during the International Arts Festival. People from around the world travel to this annual festival. This festival lasts an entire week and is full of amazing plays, art exhibitions, concerts, and street performances. As part of the program, the entire group went to a play called The Matchbox. It was an amazing one act one actor play. We witnessed her pour raw emotion into a two hour monologue about the death of her child and the revenge her family took. Many of us were shocked by the intense feelings that the actress conveyed through her speech, movements, and tears.

Of course, while the plays were true works of art, you can’t have an arts festival without some amazing concerts. We kicked the festival week off by listening to John Spillane and band. He’s a singer/song-writer that focuses on Irish culture. Our favorites from the performance were “The Mad Woman of Cork” and “Orca, Orca Killer Whale.” It was a truly enjoyable evening with only about half of the group. Later in the week, another seven of us went to the Kodaline concert. Kodaline is an Irish rock band that a bunch of us were big fans of. We were ecstatic to get tickets, even if not all of us could go. The concert itself was a ton of fun. The band was so excited to be there with us and we were all thrilled to be there with them. Afterwords we managed to meet up with some of the others from the group and enjoy the rest of the evening together. 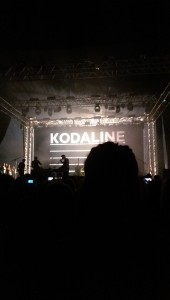 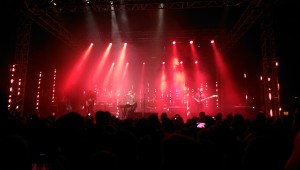