Taking on the Tower of London

Wrapping up our last two weeks in Oxford has been an amazingly hectic journey. From class assignments to souvenir shopping for friends, it’s been hard to find the time to even relax. But it’s been wonderful! We’ve made an effort to pack in as much as we can in this month and it’s all worth it. We visited the Tower of London, which was very cool. Over 1000 years old, the Tower of London has been used by various rulers from the Normans to the Tudors. We walked through and saw various rooms and what they were used for. There was even a room where we saw engravings from past prisoners in the Tower, such as Jesuit priest Henry Walpole and Lady Jane Grey. Another thing I found interesting was that the Tower at one point had a Royal Managerie, which was a collection a wild animals kept in captivity for exhibition. The Managerie had lions, monkeys, and many other exotic animals on display for visitors to come and see. We also saw the Crown Jewels! Because they’re so valued we weren’t allowed to take any photos, but I would highly recommend seeing them, they were beautiful. After the Tower of London we moved on to the Tower Bridge. There were so many people it was absolutely insane, approximately 40,000 people cross the bridge every day! And many people, including myself when I was younger, believe the Tower Bridge is the London Bridge, when in fact the London Bridge is a bit further down the river and much smaller. 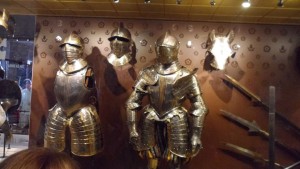 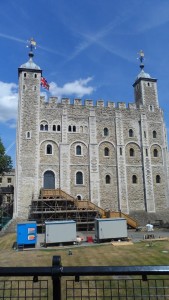 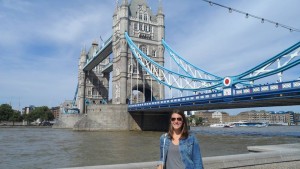