As I sit here contemplating how I can describe the blessing that has been the last three months I find myself flipping through memories of beautiful sights and friendships that I have made along the way. Being given the opportunity to explore this round ball we call earth is something that opens ones perspective on everyday life and brings new meaning to old things. Although I have been slacking on keeping my personal journal updated I have broadened my passion for photography which has taken over my method for leaving behind a breadcrumb path of memories. Although it feels like just yesterday I was flying to Greece to begin my European journey, I am already mid-way through the semester here in Milan and have begun preparing for my mid-term exams. My intent is to break down this blog in chronological order, opening up some of my experiences and thoughts on being a student overseas.

The beginning of my trip to Europe started a little differently than others. Knowing that I was going to study abroad I began planning a month tour around Europe with my two best friends for the month of August. After hours of video chatting, website searching, and careful planning we had finally settled on a battle plan that included Greece, Amsterdam, London, Dublin, back to London for a bit where my friends and I would part ways, Lithuania where my ancestors originated, and finally Milan, Italy where I would be studying for the next four months. This time with my friends was one of absolute exploration and experience where all that mattered was what new food I wanted to try or what Museum was best in the area. I learned countless lessons about culture, people, and the passions that drive them. Being in Europe a month early had a ton benefits including learning how to set up a trip and making sure that the plan was worked. I think the planning experience has benefited me and my fellow pears in Milan and has contributed to a variety of trips to places like Rome, Venice, Sorrento, Naples, Genova, and even outside the country like Oktoberfest in Germany. Another positive aspect of my trip prior to my study abroad was traveling solo for three weeks once my friends returned to the US. This was a time to truly get to know myself more than ever before. I was challenged mentally and physically and I can say with full confidence that I have become a better person because of it. Once the first leg of the trip was over and it was time to arrive in Milan I felt as though I was a veteran in the travel battle and that because of my prior trip my transition would be much easier.

Once settled in my new apartment in Milan I slowly began to construct a routine that included grocery shopping and attempting to maintain physical shape without the use of the very impractical gyms available. When orientation for my schooling arrived I was excited to be able to meet other students that luckily spoke english. One thing I never thought about prior to arriving to my classes was that everyone who is involved in my program speaks fluent English so meeting new people was would be easier than expected. Once I begun to find a group to spend time with everything really began to fall into place, I felt as though we were family with having each other over and cooking or going out to the park to enjoy a game of frisbee. With friends came trips and with trips came more memories that I continue to strive and make. In the end memories, lessons learned, and experiences are what to me make this trip beyond worth it. As of now I am still planning on going to France, Spain, and Africa sometime in November before my final exams and eventual departure. My only hope is that I find a way to make this trip last a lifetime. 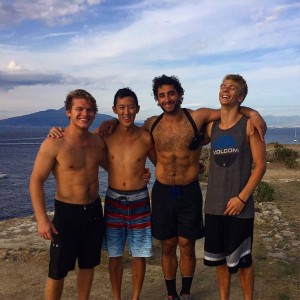 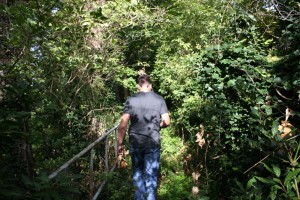 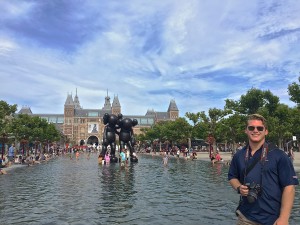