Story Behind the Picture: Carnival in Ivrea 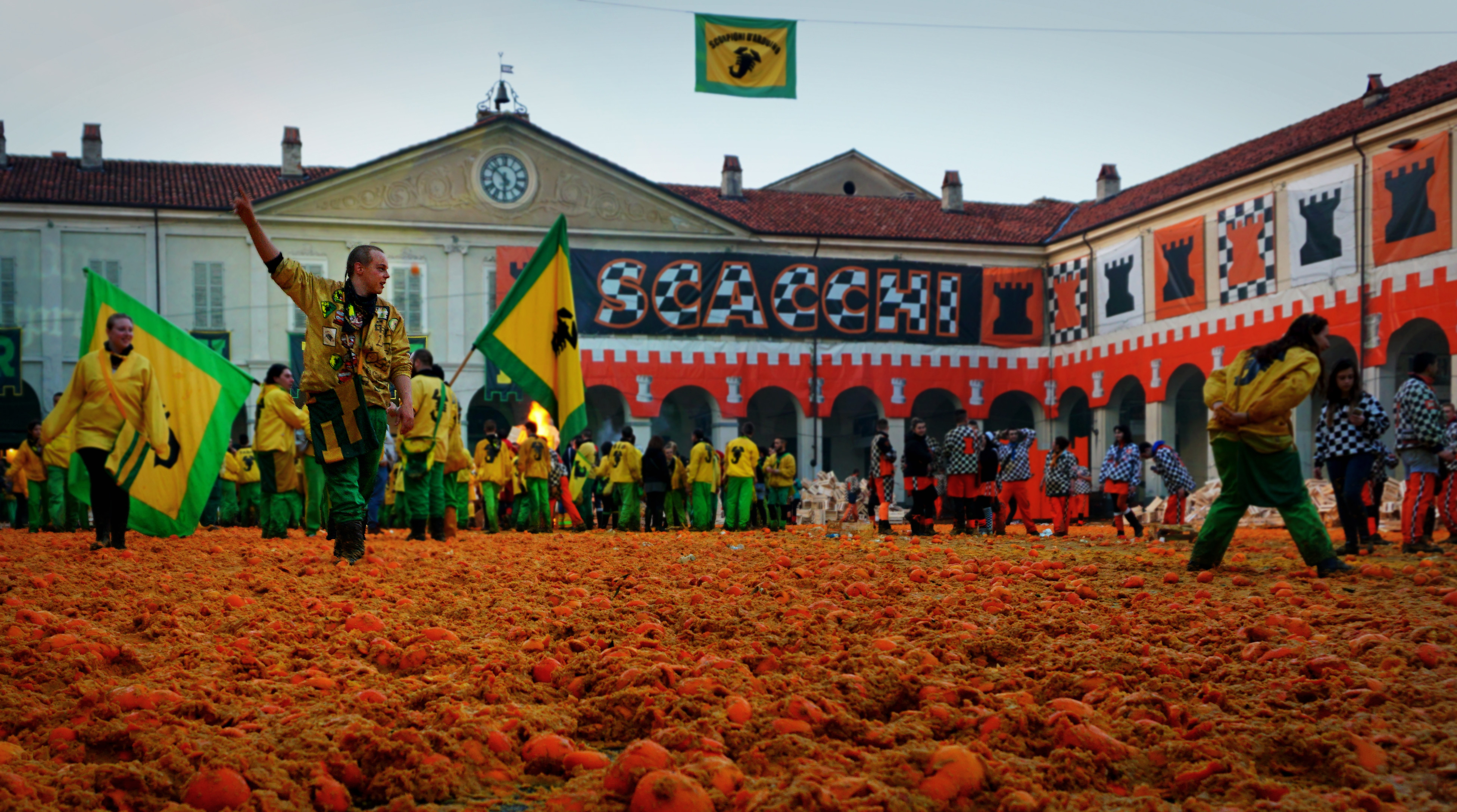 That’s a lot of Vitamin C on the ground.

Earlier this week, we announced the winners of the 2015 Education Abroad Photo Contest. Over the next week, we will post some of the “stories” behind the winning pictures.

What follows here is the story behind Ben Guerra’s picture, “Carnival in Ivrea, The Battle of the Oranges,” winner of the Local Color category of the contest:

“Unbelievably, this picture was taken on the very first day of my semester in Italy. For Ivrea, a small town in northern Italy, Carnival time is synonymous with a giant orange (yes, the fruit) throwing festival that spans three days and has been going on for hundreds of years. I arrived on the third day, for the conclusion of this wild celebration. Benvenuto in Italia, right? What followed was madness. For three hours non-stop, armored warriors on horse-drawn carts were pulled through the city on a loop to battle against the many different teams from across the city. Each team had what seemed like millions of oranges for ammunition, and their goal was to battle the horse drawn “tyrants’ better than the other teams.”

“When the war finally ended, the streets and squares of Ivrea were covered with an orange mush that in many places came up past my ankles. When taking this picture, my first goal was to capture the shear mass of oranges that was covering the ground. In the end, I hope I was able to capture even just a small glimpse of the passion that the people of Ivrea had for this festival. Even after the fighting concluded, the chanting, singing, dancing, crying, and parading went well into the night. The winners cried tears of joy while the losers went home about as dejected as I’ve ever seen a group of people. For three days, the town was transformed by this festival and I did my best to capture that idea with my shot.”