Excited for a New Adventure Abroad

In just one week, I will be flying to Bilbao, Spain where I’ll be studying Spanish and International Business at the University of the Basque Country with University Studies Abroad Consortium (USAC) for the semester. I am the only student from the University of Alabama who will be participating in this specific study abroad opportunity, so I am incredibly excited to meet Spanish students and students from other American universities while abroad.

Since high school, I have known that I wanted to study abroad in Spain or Latin America. I started studying the Spanish language in seventh grade, and though I have learned a lot throughout middle school, high school, and college, there is still so much I don’t know about the language. My ultimate goal is to become fluent in Spanish, and anyone I’ve spoken with who has studied Spanish has told me the best way to improve fluency is to live in a Spanish-speaking country for an extended period of time.

Deciding what program to study with was probably the most difficult part of the pre-departure process. Because there are so many Spanish-speaking countries, there are many different study-abroad programs that revolve around learning the Spanish language. I ultimately decided that I wanted to study abroad in Spain because it will allow me the opportunity to travel throughout Spain as well as travel to nearby European countries and learn about the history and culture of these areas. As for my specific study abroad program, I chose to study with USAC because it is incredibly affordable. Bilbao seemed like the perfect city for me because I didn’t want to study in a large tourist city like Madrid or Barcelona, and I wanted to study in northern Spain.

The second most difficult part of the pre-departure process was the visa application process. My advice to anyone who is planning on studying abroad in a country that requires a student visa is to apply for your visa as early as possible! For Spanish student visas, you have to apply for your visa in-person at your “local” consulate, which could be a ten-hour drive from your home. Also, the student visas take 4-6 weeks to process, and there is no way to expedite the process. Therefore, it’s incredibly important that you compile all of the documents you need for your application and sign up for an appointment far in advance.

Currently, I am trying to determine what to bring with me while I’m abroad, as well as making sure I have everything I need to study in a foreign country (i.e. American over-the-counter medicines that are not sold in Spain, adapter plugs, copies of my passport and ID, currency that will be accepted abroad, etc.). I am only bringing a large suitcase and a carry-on suitcase, so packing for five months and two different seasons is proving to be difficult with such little space. Thankfully, my apartment in Spain will have kitchen supplies and bedding, so most of my suitcase space will be used for packing clothes and shoes. Also, this will be my second study abroad experience, having traveled to India this past July for three weeks with the STEM Path to the MBA program, so I have a pretty good idea of what items to pack.

As for my thoughts right now, I am incredibly excited for this journey. It is hard to believe that I won’t be back in Tuscaloosa until August, and I will definitely miss my friends and family while abroad, but I am more excited than anything. Having lived in the suburbs of Chicago for the first eighteen years of my life, I experienced a bit of a culture shock coming to Tuscaloosa. I also wasn’t able to go home if I was feeling overwhelmed or homesick, so I have gained a lot of independence since coming to college and am therefore not too worried about adjusting to life abroad. I can’t wait to meet new people and develop my language skills while abroad, and I am eager to be able to explore the culture and history of Spain. 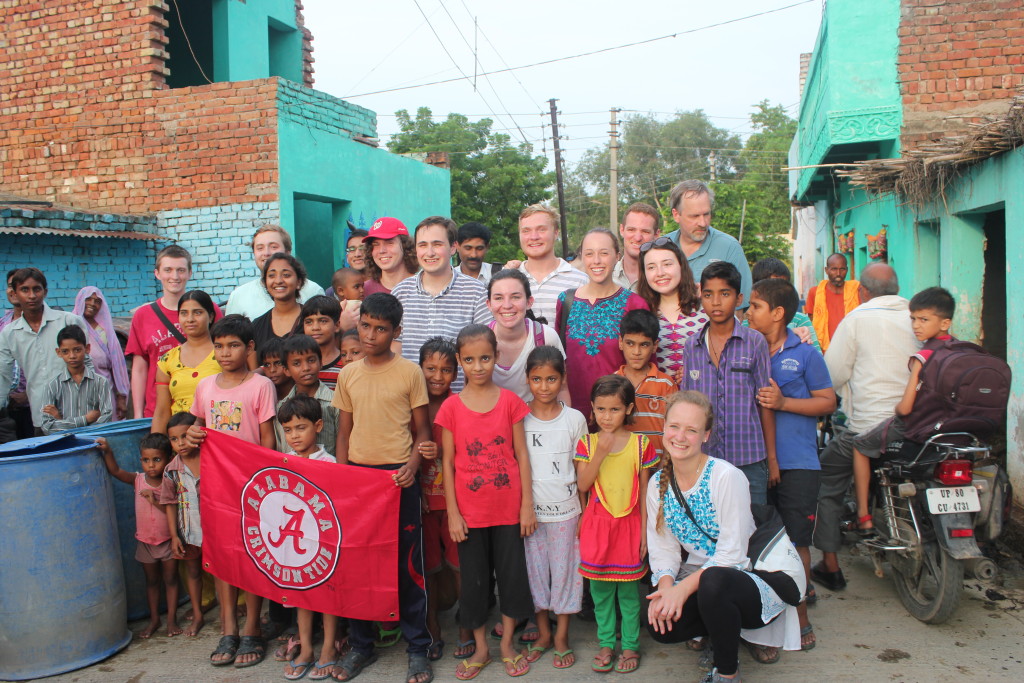 Photo from my study abroad trip in India this past summer