Barcelona was a major culture shock, even compared to London.  The language barrier made communicating next to impossible, but at the same time I fell in love with the city.  The culture and history of the city amazed me.  I could have stayed there for another year and still not have gotten over how beautiful of a city and culture it was.  In class we learned about the pros and cons of IFRS and after doing my project I was strongly against the US’s adoption of IFRS but then after hearing other people’s presentations I became torn.  In the end I believe that the United States should not fully adopt IFRS but merely try and make US GAAP similar with strong enforcement.  I loved my professor, he made class not just a classroom but a fun environment that encouraged group learning rather than simply standing in front of us and lecturing us.  There isn’t a day that has gone by that I have not missed being in Europe with all the new friends I made.  Not school related, but going to see a FC Barcelona match was one of the coolest experiences of my life, and I got to see the best player in the world, Messi, score a hat trick.  Going on this study abroad will forever be one of my best decisions in life and I would highly encourage it to anyone that has the opportunity. 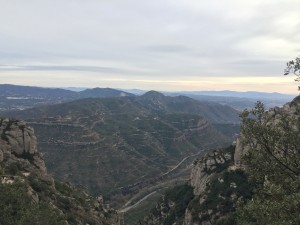