Spending three months in Cuba I had to learn new customs, speak in another language, and adapt to my unusual surroundings. With a daily routine consisting of class, walking around Havana, and a dinner of rice and chicken at the hotel, it didn’t take me long to understand what was in store for the semester. This made it easier to feel comfortable and the culture shock was not difficult to cope with, especially while interacting with the other American students. While I had the best time in Cuba, I was so excited by the end to return to internet access, friends, family, American food and luxuries like clean tap water.

I was so ready to be home, but was surprised to realize it was not as easy to settle back into the life I thought was familiar. Reverse culture shock proved to be a real force upon my return. Even arriving in the Miami airport, was a totally new world compared to Havana. The air conditioned building offered more food options than I had seen in three months. My phone turned on with actual notifications and I was connected back to the life I had left behind for a semester. On top of a lifestyle change, it is overwhelming having everybody asking questions and wanting to spend time with me all at once. Even more, it is so difficult keeping up with texts and social media after 3 months with limited phone use. It is so nice coming home to everyone and good food, but it looks like it is going to take my mind a little bit longer to adjust than expected.

Culture shock is different for everybody, I just never thought it would be something I faced coming home. I was warned about it before leaving, so it is nice being a little prepared for it and comforting to know that it is normal.
It’s good to be back, reverse culture shock and all. 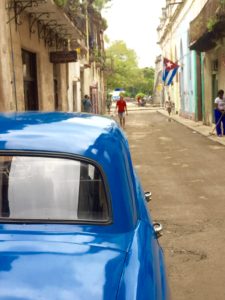