One of the best perks of Study Abroad is the Abroad part of the experience, especially the travel abroad. By choosing to go to school at Leicester University, I had the opportunity to pack my life in a backpack for a five week Easter break. I did a mostly solo journey around Europe and the experience was one of the most rewarding experiences in my life. I had some great ups, some downs, and some I can’t believe that happened to me. So, the following is a bit of the experience, the things you may expect when traveling, and what not to do.

I pride myself on long term planning. I know what I want to do and where I want to be half a year ahead of time, but short term planning is definitely something I have trouble grasping.

The Study part of the Study Abroad took up a lot of my time leading up to the break and the closer the break got, the more I would panic because I had not planned my five week plan yet. I finally had to sit down a week before I set off and plan my travel. Here are a few things to keep in mind if you dread short term plans like I do.

Once you have an idea of where you would like to go, look into travel prices for all forms of transportation. Some of my friends who were more on a budget were smart and booked far ahead of time. This means they saved more money than I did. Look into apps like skypicker to find the best deals on flights and GoEuro for all travel.

I booked my major flights before I left, but left the travel within the countries to a later time. If you like to be a little more open with your travel trains and buses can be a great option. Most of my friends took buses, but my constantly-car-sick self wasn’t going for it. Instead I opted for the Euro Rail global pass.

I paid a good $661 for this pass, and then another $55 for rushed shipping and theft coverage. But to me, this was worth it. I didn’t have to spend my travel days squished on a bus and I had more freedom to choose when and where I wanted to go.

I received 17 travel days with the pass –this means I can take as many trains a day as I wanted all for the price of $42 a travel day. I was taking sometimes 4 trains a day, so that is one good deal. Also, if I needed to reserve a ticket, it was at a huge discount.

There were some downsides though. Some of the travel would take much longer than a cheap flight. Some countries really needed reservations on their trains. Norway, France, and Spain were a little more difficult to get an easy seat on -Norway especially. Also, some conductors are very strict about the pass. I had to pay a 50 Euro fine in Frankfurt for forgetting to fill out the date on the pass prior to boarding.

Overall thought, the pass was definitely worth the price. Plus, you get views like this: 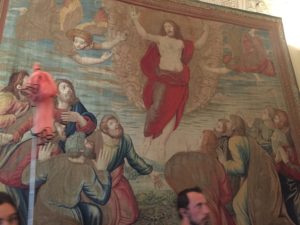 Oh, God! Did I leave my wallet?

If you’re anything like me, you will lose things.

Some small things, some big things. Traveling around, trying to find places in foreign languages, keeping track of so many things, being tired. All these things take precedence over keeping track of that one beanie and maybe if you are really tired- keeping track of your wallet.

These things happen. Sometimes it’s okay to lose the small things like a that one scarf you picked up from TJ Maxx, but if the big items are lost, it could feel like the world is collapsing around you.

Here are a few tips if you lose anything big like your wallet.

Also have the number for your credit card company and know how to get a new passport incase your passport is lost or stolen.

I cannot stress it enough THE PLACES YOU STAY MAKE OR BREAK YOUR EXPERIENCE. Yes, to make sure you got that, I put it in all caps.

Solo traveling is a great opportunity to meet new people, but if the accommodation you are staying in isn’t a friendly environment, it’s going to be a more difficult time.

Hostelworld is a great way to find hostels that will fit what you want. I had such a great time at two of the hostels that I am heading back to those places for another stay after my classes are done.

I would highly suggest looking for hostels that are

– close to a travel hub or great area

– are slightly smaller (you get more of a bond with everyone)

– have high reviews of the staff

– Set up events for their guests

Finding a hostel with a young, family/friend vibe seriously made for the best experiences I had on my trip. I was able to meet people and go sight seeing with them or even hang out with the staff at the hostels. Those were my most memorable hostels.

PS. Hostels on Fridays and Saturday are always going to be way more expensive. That’s just the way it is.

What I wish I did that I didn’t do 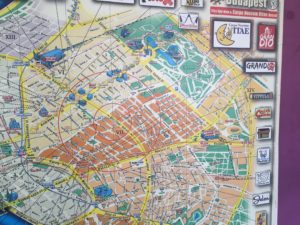 Maps are confusing, but can help you figure out what to do and where to go.

Here comes in the “not great at planning short term” thing again.

Not looking into things to do

I planned all areas I wanted to go, but I didn’t really look up what there was to do in those cities. This means that I missed opportunities because I didn’t know where some things were or that I needed to book a ticket in advance for a series of time.

Some places it was fine, but other places, I missed out on some cool opportunities.

Planning too many places to go

Yay! I am in Europe! I want to explore everywhere and do everything!!

Yeah, that was my mentality going into the trip, but after a week I am glad that my poor- planning-self only booked accommodation a week or so in advance. I ended up taking some places off my list because constant traveling is just exhausting. Honestly, it is a little better to take a more time in fewer locations. That way you won’t be like me and sleep in most days and miss out on places to go and people to see.

Take day trips before a flight

Dear lord, do not be an idiot like me and plan a daytrip before a morning flight. Fate likes to sneak on your plans and throw a nice big FU wrench right into the middle of them. I took a day trip to Bergen, Norway and was supposed to return the night before my flight out of Oslo. Messes got in the way and I had to miss my train going out of Bergen. The next train did not get to Oslo until my gate was supposed to be closed and I missed my weekend trip to Dublin. Long story short, I was stuck in Oslo until the day after my original return date. Messed happen, but ones like this can be avoided. Just use my crappy situation as a warning. 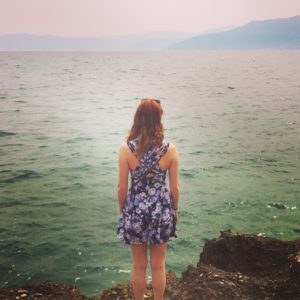 In a list of small freak out to bug freak out, here is a compiled list of things people freaked out about me after meeting me.

Seriously. I had mixed reviews anywhere from the Irish couple saying, “they don’t know if they could let their daughter do that” to many other people saying, “Wow. You’re so brave!”.

Honestly, solo traveling is not very brave in my eyes, but it is also not for everyone. If you need space sometimes and want to make your own plans like me, solo traveling can be easier, but it also has its drawbacks. It can be quite lonely if you are in a place that you cannot make friends or you can feel unsafe at times. Yes, both happened to me, but I think I came out a stronger person mentally, emotionally, and physically after traveling alone (carrying a heavy backpack miles at a time is great for that physical strength).

I followed a few rules while solo traveling for safety, and I came out of it alive and able to right this blog post.

Know where you are going at night.

Some of my travel made it so that I was getting into town very late at night. I usually booked hostels close to transportation hubs, but if not, I had to suck it up and pay for a legitimate taxi. (seriously look into which taxis are legitimate because some are just really sketchy and more expensive). I used the HereMaps app to favorite locations before I got there. That way, I could figure out how to get to my location without wifi.

Go out in groups at night.

The nighttime brings out the more dangerous characters. If you are in a foreign city, do not go it alone as a solo traveler of any gender. I always went out with people I met at the hostel, and if I couldn’t meet anybody and I knew that the area was a little sketchy, I did not go out at night. This only happened a few times, but better safe than sorry.

Don’t tell strangers you are traveling alone unless it really really seems okay.

Elderly couples on the train or another person at your hostel are probably okay people to tell that you are solo traveling, but other than that, it is probably better safe to stay mum. If any stranger on the train asked if I was traveling solo to the next destination I would lie and tell them I was meeting with friends, even if they seemed really nice. You just never know and they will never find out anyways. I also kept a fake wedding ring on me incase I got hassled by anyone I wouldn’t want attention from. Unfortunately I had to bust that out on a few occasions.

Overall, traveling around Europe is an experience that I think everyone should do. I learned so much about the culture and people that were in each country. I had great conversations about differing governments and customs in each country and made friends from all over the world. As long as you plan better than I did and are open to wherever life takes you, traveling Europe will be one of the best experiences of your life. 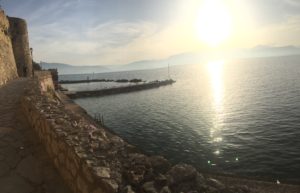