As I lay in my bed the night before I leave to go back home, the only thing that fills my head are the unforgettable memories of the last 6 months. One of the reasons why I chose to go to London is because I thought it would be the most similar for me so I wouldn’t get homesick as easily. I was right about not getting homesick but I was wrong about the similarity. Yes the people of Great Britain speak English but London was a melting pot of people from all over the world. I knew I wanted to travel while I was abroad, but after being around people from everywhere, it made me more excited to see what Europe had to offer. So many people have asked me what my favorite thing about London is or what I will remember the most. You would think that after being in such a different city for a long time it would be easy to answer, but I have never been able to pick out just one experience, place, or memory that stood out so much more than the rest. While I spent most of my days in London, I was able to explore so much of Europe since London is a hub for international travel. I have learned so much more than I would have ever imagined by traveling to so many  different countries and experiencing their cultures. One thing about this whole adventure that was unbelievable to me was being able to do things like have tapas in Spain, then fly to Rome to see the Colosseum, and be back in London to see the Queen in a parade all within the same week. Every city in Europe I visited was breathtaking, but also the people I met along the way were amazing. Most of them would be just like me, young and traveling either by themselves or with friends to see what they could of the world before they had to go grow up. I would meet people one day, become friends almost instantly with them because we were all in the same boat since we didn’t know anyone, and then say goodbye the next day and know we would probably never see each other again. Remember these people while traveling, they’re special. It may seem scary to talk to a complete stranger but I can promise you they are thinking the same thing.  Even though you know you won’t see most of them again, you won’t forget them. Some of the best advice I could give is no matter how tired or broke you think you are, don’t skip out on anything. Don’t say “Oh I’ll go next time!” Usually you won’t go next time and it becomes a habit. Then there are no next times and you are laying in bed the night before you fly home and you regret all the times you said you were too tired. Everyone says don’t blink because it goes by so fast and it is such a true statement. Be grateful and take advantage of this opportunity. 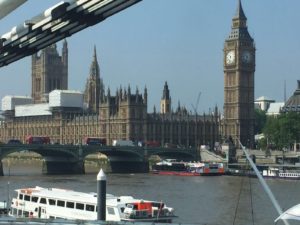 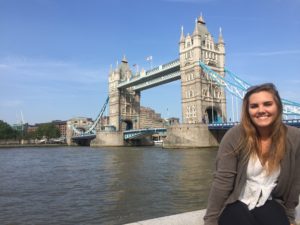