Home is Where the Heart Is 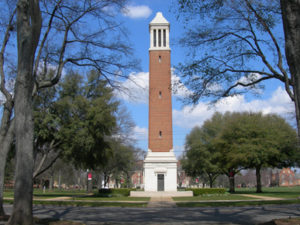 After having a chance to unwind from a very fun, yet very tiring month, I’ve realized several things. While I’ve had the chance to study abroad previously, I think that this experience matured me in ways that my first experience did not. One of the most important lessons I learned was appreciating the little things. What makes home feel like home is familiarity: being able to not worry about a language barrier, eating foods that you’re used to, knowing your way around, and seeing people that you know and love.

Studying abroad in Germany was amazing and I learned more about the country as a whole and its history, but I think I also learned almost just as much about my own country from listening to perspectives of many of the German students and professors. One example of that is when I had the chance to visit the Allies Museum in Berlin and understand the Cold War from a German perspective. While it may seem obvious, I hadn’t truly appreciated how large of a role the US has played in international relations. That appreciation isn’t something that I would’ve been able to have just by reading a textbook. I’m able to see my own country with different eyes now that I’ve come back home.

Towards the end of the program (and the following extra days that I stayed), I couldn’t help but feeling the desire to go home. Not because of home sickness, but because of the constant energy I needed to do basic things like communicate or try to find food that I would like. While I enjoyed the challenge, it began to get the better of me towards the end. It was an experience of a lifetime being able to travel to so many cities in Germany (and a couple in France). However, in the words of the great Frank Sinatra: “It’s nice to go traveling, but it’s oh so nice to come home.” I’m looking forward to heading back to Tuscaloosa in the fall!