This is not goodbye, it’s see you later.

I have been home a month now. People always told me it would be just as difficult to adjust upon return home as it was upon arrival in a new place. Maybe for some that holds true, but I think I was just so ready to come home that I adjusted with ease. My sleep schedule was certainly off for a week or so, but besides that I did just fine. But you already know what living in the United States is like so let’s go back and talk about April, because that is a month of my life I will NEVER forget.

I started the month seeing a plethora of Broadway shows which was a magnificent experience, but the best part of the month was my #22daysofsunshine, or so we called our trip around Europe. My friends and I managed to visit and enjoy SEVEN European countries (in order): Croatia, Spain, Italy, the Netherlands, France, Portugal, and Norway.

In Croatia we went to Dubrovnik. There it was just three of us. We stayed in a beautiful Airbnb and our walk to Old Town and the beach each day was incredible. Dubrovnik was easily my favorite location of all of them. It was absolutely incredible. The water was bright blue and more transparent than I ever thought water could be. I felt like I was in a movie. We wanted to go on a boat cruise while we were there, but it was still so early in the month that it was just too cold to put the money forward. There are a lot of other things I wanted to see in Croatia so I will definitely be going back someday.

Next came Spain. When we arrived in Barcelona we were in complete awe. It was such a beautiful and fun city. The people there were so lively and exciting and it was so colorful. From the beaches to the paella to the protest we walked in on, Barcelona was everything I could have ever imagined. And on top of all that I got to practice my Spanish which was an awesome learning experience.

After a few days in Barcelona we hopped on another plane and made our way to Venice. We stayed in an Airbnb on the mainland and took a bus to the island each day. Venice was also beautiful. In the last two cities we had visited we spent a lot of time lying around on beaches, but in Venice we walked all day, every day. It was amazing to be able to see so much of the city and to be able to walk along the canals. Especially at night. Once again I felt like I was in a movie. The moon was shining over the buildings that seemed to grow right out of the water. The lights on the sides of the buildings were reflected in the water as it calmly sloshed against the boats and buildings. It was nothing short of magnificent.

When we had seen all we could of Venice we flew over the Alps and into Amsterdam. We only spent two days there but that was quite enough to see all we wanted. The architecture and the tourist shops reminded me of home far more than I expected. Being from Holland, Michigan I felt right at home among the tulips, wooden shoes, and all the silly trinkets made to look like them. In Amsterdam we did our best to jump right into the culture there. We spend time in the coffee shops, walked through the red light district, and rented some bikes to get us everywhere.

Paris was our next destination and when we arrived I felt like a child in a candy store. Every time I saw something new I squealed and giggled like a child. Especially the first time I saw the Eiffel Tower. And the second time. And every time after that. We spent five days in Paris and they couldn’t have been more worth it. We saw so many major sites. We made it to the top of the Eiffel Tower and the depths of the Catacombs and everything in between: Notre Dame, the Muse D’Orsay, the Arc de Triomphe, Shakespeare and Company, the lock bridge, and so much more. We also got to spend some girl time watching movies every night while we were there and getting some much needed relaxation.

Then came Portugal. Porto, Portugal was full of surprises. We got lost, found beautiful beaches, and had a more difficult time finding food than we expected we would, but we still had an absolute blast. Besides the litter, the beaches there were beautiful. The way the waves crashed onto the rocks and the shore was mesmerizing. We sat and watched and chatted for hours and hours.

Right before the final leg of our trip we stopped in London for one night. We had planned on going to see a ballet that night but we all bailed and decided to catch some shut eye instead. After all our final destination was Norway where we would be hiking and walking for nearly the entire trip. We arrived in the evening and our first night was to be spent in a place near the airport. We took a cab, went to sleep, and in the morning thought it would be a fine idea to walk to the airport with all our luggage. The walk was much longer than we expected and we ended up crossing some dangerous streets dragging our luggage behind us. Finally arriving at the mountain lodge was such a relief. My back problems started acting up so I didn’t get to go on the big hike with my friends, but I still enjoyed the little hikes I went on by myself and the time I was able to spend relaxing with a view of the mountains and the lake.

Overall the trip was indescribable. I thought after travelling so much in such a short period of time that I would be all traveled out, but now I just want to see more. I know I will go back to Europe. There is still so much more to see and do there. And on top of Europe, now I have the itch to see the rest of the world. I want to go to South America and Africa and Asia. I want to see as much as I can. There is nothing like the excitement of stepping off a plane into a completely new world and I can’t wait to do it again.

And so I say to Europe: This is not goodbye, it’s see you later. 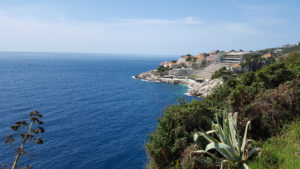 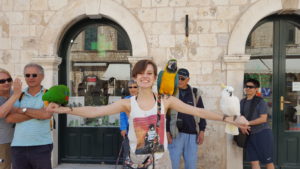 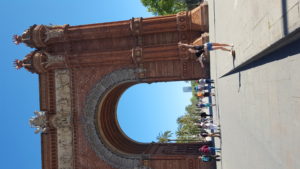 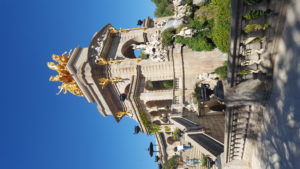 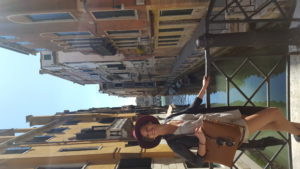 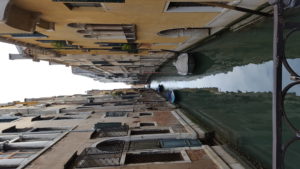 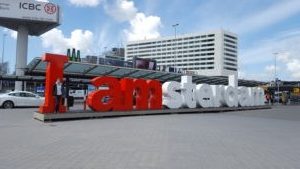 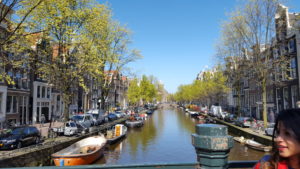 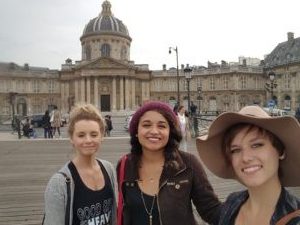