Views from the Other Side

For those of you that have been keeping up and for those of you that are just now reading, I was given one of the greatest opportunities to study abroad in Cuernavaca, Mexico (check out my pre-departure post here: http://bamabloggersabroad.com/2016/05/my-demography-was-not-my-destination). It is now week two and I am so excited to share so many great things with you.

When I first arrived to Mexico, I was taken away by the weather, the details within the culture, and the beauty that evolved in Mexico City. While Mexico City was not where we were staying, our flight flew in to Mexico City and we rode a bus to Cuernavaca, Mexico, which took us about an hour and a half. As we parted to Cuernavaca on the bumpiest bus ride I had ever experienced, I could not help but to be thankful for the culture I was experiencing at hand. It was truly a blessing to see and know that there is another side of the world that exists. Upon my arrival to Cuernavaca, I noticed how different our school was. Our front door was a gate and in order to get in, there was a gate keeper with a key, at all times. To some that seemed crazy but to me, that was a sign of protection and respect. As our bags were unloaded, we were given a tour of the school in which we would be studying Spanish, 5 hours each day. There were many classrooms, some of which were outside. In addition, there was a very nice crisp, water filled pool waiting for us to enjoy.  In addition, there was a mini café filled with beverages (water, coffee, etc.) and snacks for us to purchase during class hours.

As we finished up our school tour, we were prompted to meet our host moms and we departed to where we would be staying. As I arrived to my home, I noticed the exterior design on the houses. Many were connected together, all while set apart. The entrance to our home was not your ordinary garage. It required a key and few leverages pulled up. As we entered the entrance of our home, I was greeted by two beautifully, well trained dogs, and a beautiful family with a beautiful home. I initially expected to spend my time in a home that was not well put together and I was totally fine with that. But I guess when you release your expectations, you can expect anything from good to bad. It was my host home that set the bar for this trip. Because of the love and affection I received from this host family, I can honestly say that it was the family that has made my trip to be what it is thus far. As they consistently stated, Mi Casa es Su Casa. 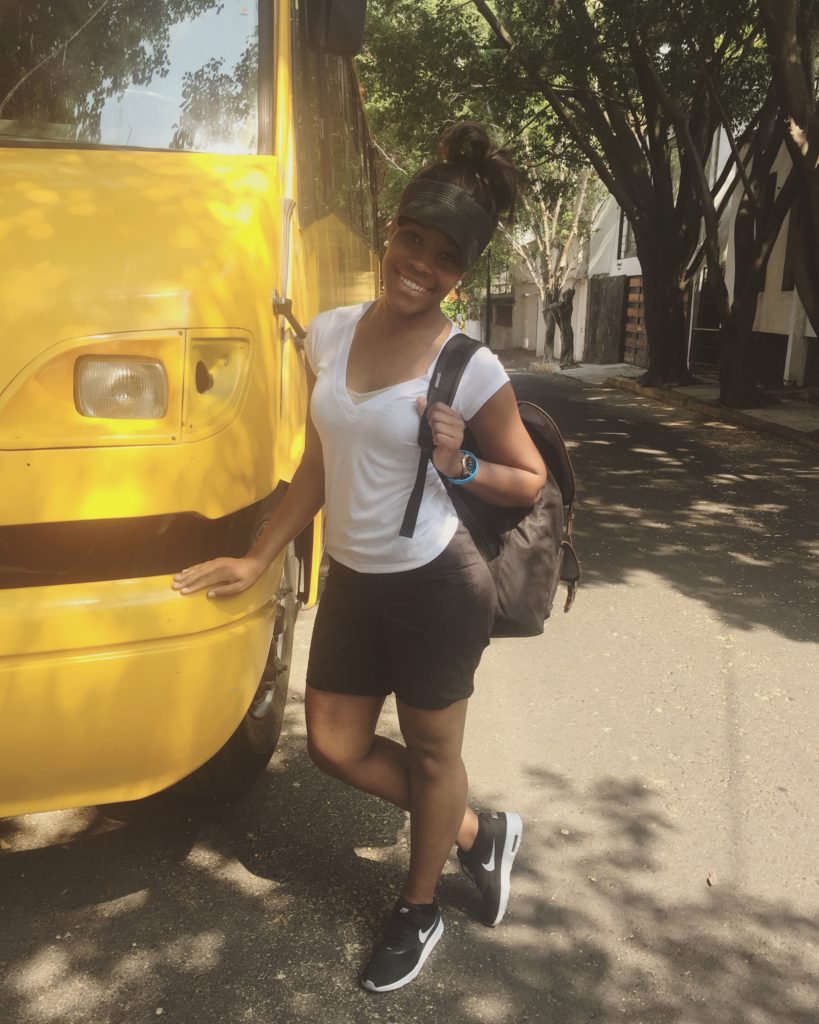 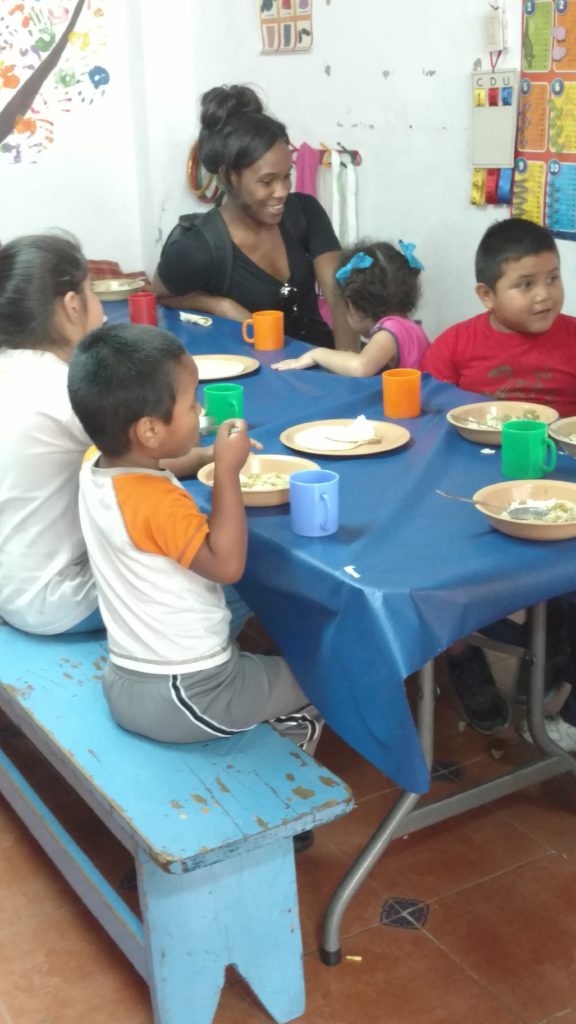 Taking classes abroad has been far from a challenge. It has honestly been one of the greatest aspects of this trip. As I stated above, we take Spanish class Monday – Friday, 9:00 A.M. – 1:00 P.M. Our classes are significantly small. In my class, there is only 3 students and our professor. The classes are this small because our school focuses on the intimacy of the language with the students. Being an American student who took Spanish at the Capstone, two consecutive semesters, I would like to boldly say that the school system in Mexico is better. It is better because the professors speak Spanish the entire class session and they do not move on until you get it. We go from grammar to conversations, which allows us to put what we learned in to practice. I have not only learned more Spanish in a week in Mexico, than I would have in Alabama in two semesters, but I have also made A’s on my exams, as to where in Alabama I could not get past a D. So let that marinate….

While on this trip, we have been given many excursion opportunities. With those excursions came and will come opportunities of immersion, lessons, and development. We have visited several social service agencies and there is a significant difference in the way that America operates their agencies, versus Mexico. I believe that Mexico’s agencies come off ‘better’ because of their attitude of genuine servant hood and close knit familial relationships. In addition to the agencies, we were given opportunities to climb mountains, do a little shopping, visit museums, and even have our own outings. Below you will find a few pictures of the many places we visited. As far as meeting locals, we actually have not met many. Because our days have been so consumed and packed out, we have only met taxi drivers. 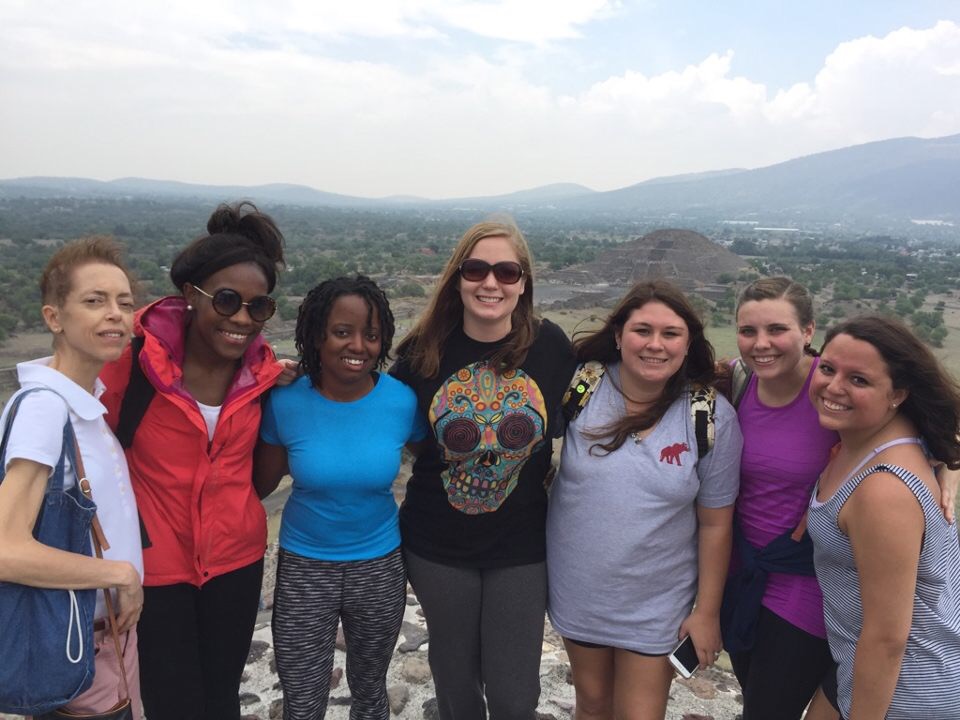 If you have not guessed by now, I am studying in a Spanish speaking country. The only language barrier I faced, in the beginning, was my host my family knowing very little to none English so that forced me to immerse myself in the language so that I could communicate with them. I wish I could say that studying another language  in the United States is the best move, but honestly it is not. I have learned more in a week in Mexico, than I learned in two semesters at the Capstone. Simply put, experience and immersion in to the cultures language that you are trying to acquire will always prevail over being taught in the opposite country. There is nothing better than experience. While abroad, thus far, I have seen a glimpse of my future with its hopes and dreams. I have tasted a variety of foods, packed with nutritious ingredients for when I return home. I hear a language that I will soon become fluent in. I smell the serenity in the air and I feel a home, away from home. 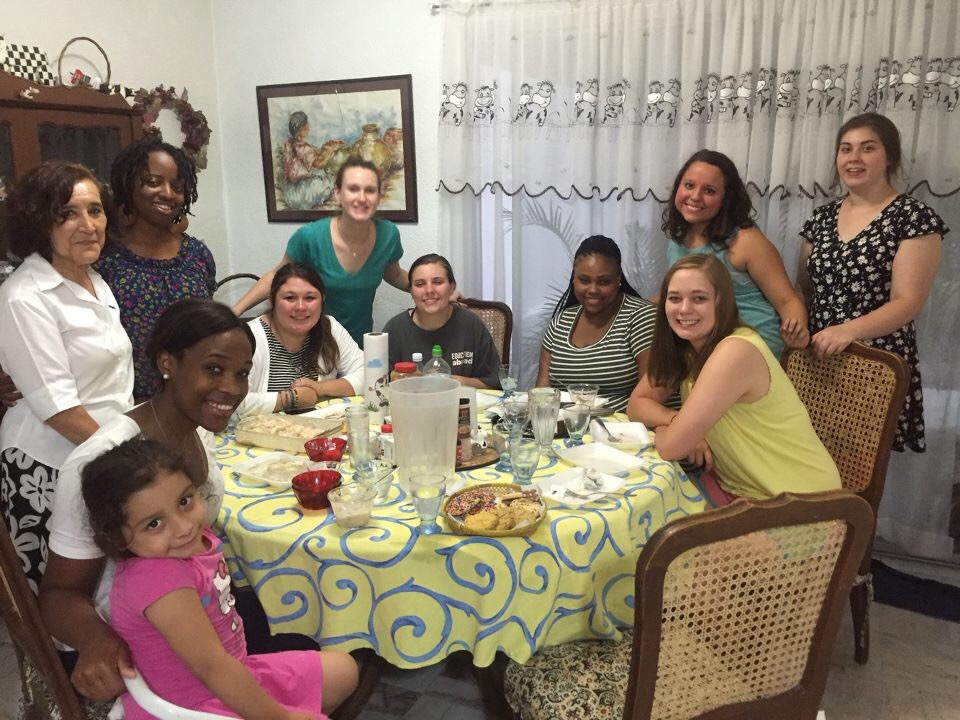 I know that returning home is going to be one of the hardest transitions I will have to face, thus far. Because I know I have been called to do work on the international level, it is going to be hard adjusting but it will be worth it because I know this is not the end. When the transition gets hard, I will have the lessons learned, the memories made, the never-ending pictures, the Mexico flag, and my world globe to remind me that this is only the beginning. These are my Views from the Other Side.