You Better Belize It!

A few days after my graduation, I arrived at the Atlanta Airport. I departed from Atlanta to Belize for Dr. Steinberg’s summer class called “Rainforests, Reefs, and Ruins.” The three hour plane ride to Belize City was followed by a 6 hour bus ride to southern Belize. Looking out the bus window, you could watch the landscape transform from a flat, dry savanna into limestone outcrops and mountains covered in dense rainforests. I finally arrived in the Toledo District where the first week of many amazing adventures took place.

Our class worked with the Toledo Institute for Development and Environment (TIDE) for the first week’s activities. The bus carrying seventeen students pulled up to TIDE’s dorm-styled buildings that became our home for the next week. The house and surrounding land was purchased to become protected land. Living with thirteen girls presented its challenges, but overall, it was such an entertaining time. Once you got used to no air conditioning, sweating constantly, cold showers, and finding giant geckos in your bathroom, living at TIDE’s dorms was wonderful. The old house resided on land that was once used as a citrus plantation but was now abandoned and overgrown. From the house, you could see the symmetrically lined trees in the orchard and the lush, mountainous rainforest in the background. It was truly beautiful to watch the sunsets from here and spend the mornings sipping coffee on the screened in porch.

On the second day, we traveled to Punta Gorda to visit the TIDE headquarters. We learned more about TIDE’s mission which involves education, research, and outreach to help preserve and protect Belize. We then took a boat up the Rio Grande River to the TIDE Private Protected Land. This land was acquired through a debt for nature swap on behalf of the government. We learned about the day to day conservation and management responsibilities of the workers. We were given machetes, a quick demonstration on how to use them, and then sent into the rainforest to help clear a trail.

Our forearms were burning, we were sweaty, and we were all bleeding (not from the machetes but from the sawgrass) by the end of it. We hiked the jungle for a bit afterwards and explored. We found a giant blue crab in the middle of the rainforest that lives in burrows. It amazed me how many medicinal plants we came across. One plant was used for iodine and a specific vine was used for venomous snake bites. We took a boat ride through the mangroves which are some of the biggest and oldest in the world. Mangroves are an essential ecosystem which provide habitats for juvenile fish and perform many other functions such as erosion prevention. After the boat ride, we headed home for dinner and prepared for the next adventure. 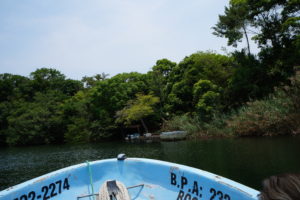 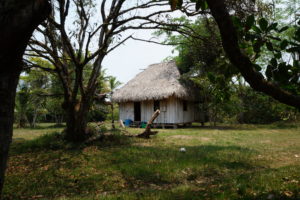 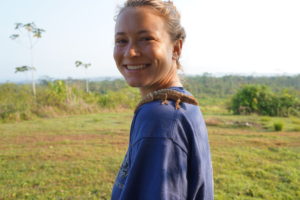 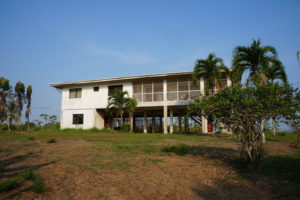