My First Week in Europe 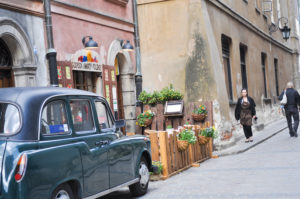 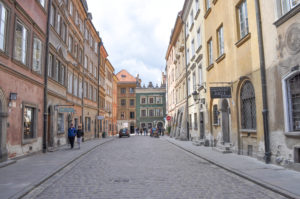 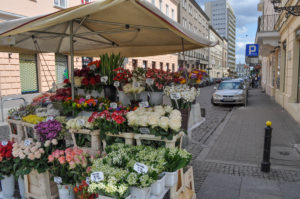 I have officially been in Europe for a week. This past week we were in Warsaw, Poland. Warsaw was the first city in Europe that I have ever visited, and it definitely won over my heart. The city of Warsaw itself is stunning and historical. The first night we had the opportunity to go to dinner with a U.S Marine that attends school in Warsaw. It was interesting to hear him talk about the similarities and differences between the U.S and Warsaw. He also, gave us helpful suggestions on other things to see while in Warsaw. At the top of his list was visiting The Warsaw Uprising museum. We took his suggestion, and we were not disappointed. The Warsaw Uprising museum was rich in history, and educated us about the history of Poland. Another day we visited the U.S Embassy. There we got to meet with Mr. Baker. Shortly after Mr. Baker introduced himself he told us he too attended The University of Alabama.His presentation was fantastic and I learned a great deal about what the U.S. Embassy does and what an important role they play to the United States. We took a cultural excursion to the city of Kraków­­another large city in Poland. The city of Kraków is stunning and beautiful, and it’s medieval architecture we simply breathtaking. We had a tour of the city, then we got to explore St. Mary’s Basilica church. The church itself was breathtaking and the detail was amazing. After our quick trip to Kraków, we had a tour of Auschwitz. I am at a loss of words to describe the tour of Auschwitz. Moving forward, the city of Warsaw was fantastic. The people were so friendly and truly were happy to interact with us. This next week we will be spending it in Prague, Czech Republic, I look forward to the things our group will experience in this upcoming week.