The reason that I chose to study abroad is because I have always liked the idea of traveling. To be honest, I never thought that I would have the opportunity to do so. This is mostly because finances and finishing my undergraduate studies in four years.  One of the biggest inspirations for studying abroad was one of my friends. She finished all of her degree requirements but chose to go abroad after walking in her graduation. I had no Idea that was even possibility. One of my biggest concern was trying to fit going abroad in my schedule. With this information I made my plans to walk early for graduation and spend my last semester in another country.

I knew that I wanted to study in a Spanish-speaking country. I am nowhere close to being a fluent speaker. I don’t even know the entire alphabet in Spanish. However, as an aspiring physician there are several benefits of knowing another language. While at UA I took a few Spanish classes so I felt it would be easier to relearn all of things that I have forgotten.

I chose Costa Rica because it was the most affordable. The same goes for the affiliate program I chose to study with. International Studies Abroad seemed to be the most affordable and it had the best options. They offered Spanish at all levels and classes that specifically catered to healthcare professionals. Not only that but ISA offers an opportunity to participate in a service learning project in a healthcare setting. Everything that I wanted to do! It was almost if I was destined to study abroad.

I’m excited but it hasn’t really hit me yet that I will be leaving the country for an entire semester. It probably won’t hit me until I get on the plane or land in Costa Rica. I’m not nervous. I rarely get homesick. So I wonder if that will change by being so far away. I certainly expect things to be different than life in Alabama. 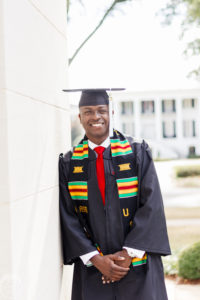