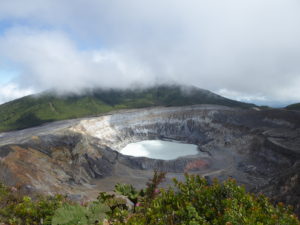 It’s been 3 months since I’ve been in Costa Rica and 3 days since my 21st birthday. Many people would think it would be a dream to spend their birthday abroad, but for me, it was the moment my homesickness hit its peak.

My birthday has never been a terribly huge celebration. Dinner out. Perhaps a slice of cake. Nothing much more. In fact, due to Easter holidays, sickness, and vacations, more often than not, its been skipped. This one was different though. I have always had such high hopes for my 21st. It seemed like it would be the day I truly became an adult. However, instead, it made me feel like a small, homesick kid more than ever.

I called all my family, sister, brother, my parents. To my surprise, when they picked up, they were out to eat. Celebrating. Without me. “Happy Birthday!” They called over the screen. Barely 5 minutes passed and they had to go. Food had arrived. The situation was similar with everyone else I called. Something inside me couldn’t help but think how great it would be to be there with them though. Perhaps I would be smiling, giant cake in front of me, friends and family everywhere. I let the homesickness kick in and overtake me. For a minute. Then one of my friends studying abroad came and got me. “Come on. Dinner’s ready.” We had a feast of rice and tomatoes cooked in a brick oven outside a hostel at the base of a mountain we had climbed that day. Our legs were weak, our minds exhausted, but despite everything, we were in one of the most beautiful places I had ever seen. We went out that night. Not your typical 21st American birthday, but it was unique and amazing because I wasn’t home and it wasn’t typical. And maybe I’m not fully an adult yet, but on my birthday I was homesick, and I grew because of that. And that’s a beautiful thing too.