Getting to Know the Locals 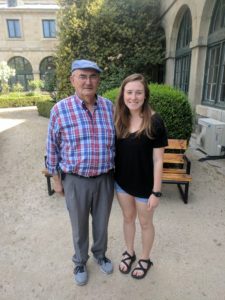 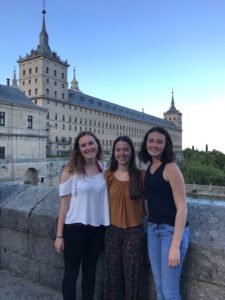 After having spent some time here in Spain, I have realized that every interaction I have is an opportunity to improve my Spanish. While speaking with my fellow students has definitely improved my Spanish, my conversations with native speakers have been the most beneficial. With my peers I can get away with some form of Spanglish, but when speaking with locals you can’t just slide by. With the program, I have had the opportunity to be taught by professors that speak no, or very little English, and have been matched with a conversation partner from the area. At first the fact that my professors weren’t able to explain vocabulary in English was very frustrating, but I have realized that being able to understand or give a definition in Spanish is a true test of my understanding of the topic. Also my conversation partner has been an amazing help in acclimating to Spain and also improving my Spanish. During the first week, our conversation partners guided us through our first trip to Madrid using public transportation. Most importantly my conversation partner introduced me to the heladería, which we were frequent visitors of. Also it was a lot less intimidating to have a conversation with my conversation partner, since she was the same age as me and I knew I wasn’t being graded on my performance. I was able to have more lengthy conversations and spoke with less fear in that kind of environment. I was able to learn a lot of new vocabulary and was corrected on my errors. It is also nice to know that I now have connections in San Lorenzo for when I return to Spain. Overall, the new people I have met during the program have been essential in creating a holistic experience.