There isn’t much more I could’ve done to prepare for this excursion to Spain. For the past two weeks, I’ve spent my time volunteering at a clinic in Granada, Nicaragua with the Alabama Nicaragua Clinical Experience. During this time, I’ve been exposed to and have become almost fully accustomed to the Spanish language in a clinical and classroom setting. However, my Spanish speaking skills are still nowhere near what I had hoped them to be at the end of this trip. I have discovered that understanding Latino Americans can be rather difficult at times. I think and hope that the environment for learning how to speak and listen to Spanish in Spain will be better suited for me. This is primarily because Castilian Spanish is what I have learned at the University and all my other years back in high school.

Nonetheless, now that the Nicaragua Clinical Experience is coming to a close, I am extremely excited to better my Spanish even more in San Lorenzo, Spain with the UA in Spain faculty led trip. I am looking forward to seeing Spain for the first time and I have been told by my friends here in Nicaragua that it is absolutely beautiful. I will be studying next to (and, in fact, inside) the El Escorial. I will be taking two classes: Art and Museums (taught partially in El Escorial), and Spanish Civilization. I chose these classes because I thought that they would push me to better my Spanish while also giving me a taste of Spanish culture. I hope that by the end of this trip, I will either be fluent, or almost fluent in Spanish. I still have few doubts and questions about the daily life as far as classes and what not but I’m not too worried about them. In all, I am excited and ready for this adventure to Spain! 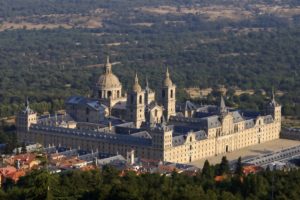