Ever since I was young I have dreamed of taking a trip to Europe. Maybe it was watching the Cheetah Girls strut down the streets of Barcelona or Lizzie Margurie live her best life in Italy. I can’t be sure but whatever it was I wanted in.

I’m here to say there are things that the movies don’t tell you, and how could they?

It’s a shock. You cross the pond and suddenly you are on a new continent. Nations older than the United States of  America with history and culture you’ve read about but don’t quite understand. I have been in the UA in Germany: Public Policy program studying political science in Berlin and more that a couple of differences have stood out to me so is thought I’d pass some tips along. 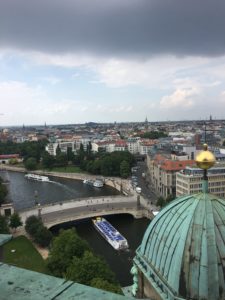 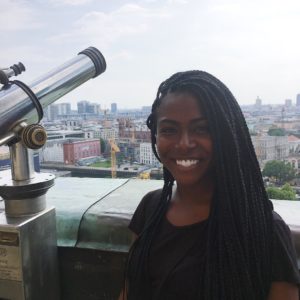 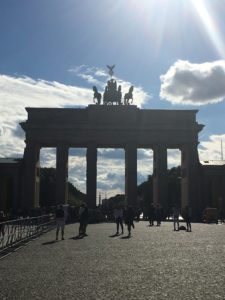 After I picked a program in Germany I did some research to try and see what Berlin would be like. I saw lots of articles about great nightlife, diverse people, and a city with a complex yet beautiful history. I also saw a good deal about Germans being very stoic people. After being here several weeks I think I understand a little bit better. German people are formal but that doesn’t mean they aren’t nice! I have had lovely conversations with everyone from taxi drivers, to waiters, to shop owners. My advice is to be polite, courteous, and quiet. German people will not appreciate it if you fulfill the loud American tourist stereotype.

Tip: most people I have met in Germany speak at least enough english to communicate, but more often they are fluent so make an attempt to learn a little german. I wish I had studied it formally before being here but if nothing else I’d suggest learning basic greetings, things like please and thank you, and how to say I don’t speak german.

It all started when we got off the plane… and onto the tarmac. I’m not sure what is about walking off the plane and into the open air but it was jarring to say the least. European planes are fairly small so be prepared for about 80 seats and to skip your sprite and peanuts. In a lot of other ways travel in Europe is easy. Berlin’s public transportation system allows for easy travel during the day on both bussed and a metro system. Visiting a neighboring nation like Prague is a mere four hours away which is like driving from Tuscaloosa to New Orleans or Atlanta. 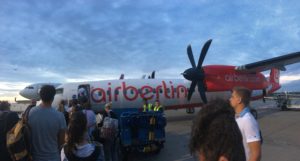 My recommendation, while your abroad get out and go see some more of this big beautiful world! Visit a new city in the country your studying in or a new nation all together.

Tip: see if the place your visiting has a city pass, it’s a card that gives you access to public transportation and city sites and museums. I purchased one in Salzburg, Austria and had friends do the same in Budapest! I highly recommend it.

One of the first things I learned in Berlin was that you to not get food ‘to go’ instead they say ‘take away’. Another big difference is going out to eat with a group of people. Two things generally assumed, one that everyone will be paying one one check and two that the group will be in cash. If you want separate checks or to pay with a credit card make sure to ask if the restaurants will allow it.  Tipping is also very different in Germany, most people just round the check up a euro but tipping more than a few euros is excessive.

Tip: free refills aren’t a thing and neither is free water. Be prepared to pay for water, which is general a more expensive drink item. Also if you don’t want to be served sparkling water request still water!

Gelato is its own category outside of food because that is how important it is. I didn’t know it was possible to love ice cream any more ham I already do but gelato is a whole new ball park. In Berlin you can find a gelato shop or cafe that serves it on just about any corner. You’ll know when you have by the ice cream cone outside! 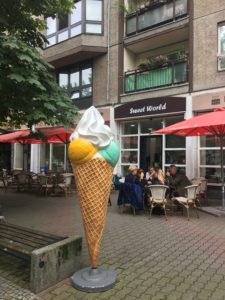 My favorite has been a shop called Sweet World which is right by our apartment. I’ve been nearly everyday and have now earned the nickname Mango.

Tip: try the fruit flavors and the savory flavors to see which ones you like best!  I have classmates who swear by the chocolate and vanilla ones that love pistachio and caramel but I stand by mango and strawberry!