In America, we usually drive around cars to get from place to place. The same is true for Japan for some people. Except, driving in Japan is extremely expensive. Japanese law mandates people to go to driving school first before they receive their license, which ends up costing thousands of dollars. As either a tourist or as a student, visitors do not have the time and/or resources usually to go through this lengthy process.

In Kyoto, there are three types of buses. The first and main one is the Kyoto City bus. This bus stretches around most of Kyoto and is the most convenient. The bus allows you to travel any distance for a flat fee of 230 yen (around $2). The bus also displays stops in English and in Japanese, though the bus drivers are usually not fluent in English.

The next buses are metered rate buses, meaning you draw a ticket for the amount of distance you have to travel. The tickets are located at the enterance of the bus. When you get off, you drop the ticket and the amount you owe in a payment pillar when you get off. All fees will be displayed at the front of the bus, next to the driver. These buses are usually owned by a private company like the Japanese Railway (JR).

Trains are a little more complicated. Trains have these complicated maps with tons of kanji on them. Usually, you can buy a ticket at an automated ticket booth, but you do not enter a destination. The tickets are based off of the distance and fair on the map. For example if you go from Saiin Station to Umeda Station, the map will display the distance is 400 yen (around $4). You would press the ticket worth 400 yen. When you are ready to board the train, you slip the ticket into the ticket machine and proceed on. You do this until your destination.

The Holy Grail of Convenience

Instead of buying tickets or counting money, you can buy a travel card that works with both buses and trains. Sometimes, you can order coffee or use vending machines with this card as well. In West Japan, the card is called ICOCA. You preload money onto the card at ticket machines and use this card at the scanners for the trains and buses. The card makes it easier so you don’t have to stare at a big map trying to figure out fare. You just beep on and beep off.

Sometimes you want to travel outside the reaches of local transportation. If you are in Kyoto and want to go to Tokyo, there are a couple of ways you can do it.

The first and most popular way is by the bullet train or 新幹線. Bullet trains are the fastest method of transportation for long distances. You can reach a destination in a matter of hours, but the train tickets can cost about $100 equivalent.

If you are tight with money and don’t mind travel during the night, the night bus is convenient. Depending on the time of year and the popularity of the destination, night bus can cost between 40 to 80 dollars. The night bus, however, doesn’t allow you to use your electronic devices. The rule is set in place for those who wish to sleep on the bus.

Traveling in Japan can be confusing. But once you know how to use transportation properly, you’ll begin to feel one with the people living there. 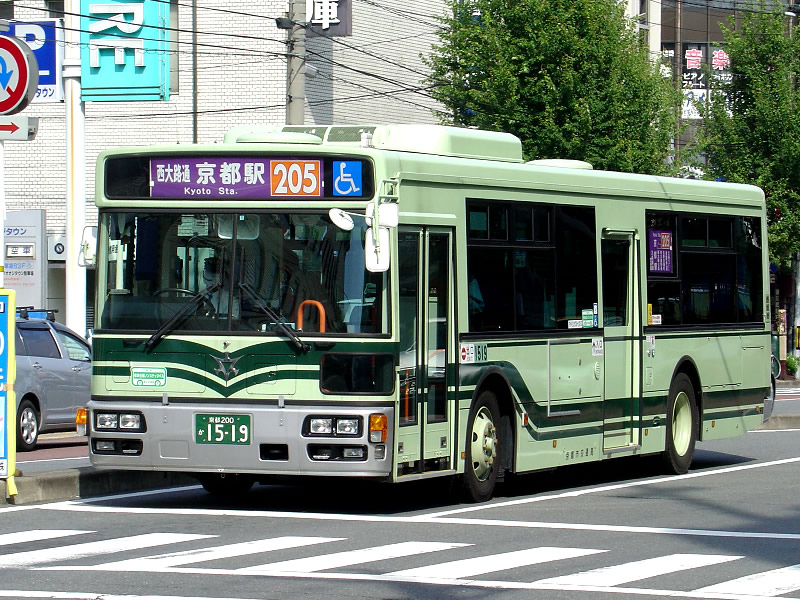