Getting to Kyoto from Miami

It’s a little difficult to explain what it’s like to leave the country for a year. At first, you can’t be more excited for it, but then the reality starts to sink in. Suddenly, you’re looking at your wallet wondering how you’re going to survive on more than pasta and rice.

That’s about how it felt when I was in the airport in Miami. Though, having stayed up all night unable to sleep, I also just felt exhausted. Regardless, by the time I got to California, the excitement was renewed! Boarding the Japan Airlines plane felt a little surreal; I thought I might cry at some point. But the flight was excellent and very comfortable! I can’t even make a joke about airline food because my dinner was: 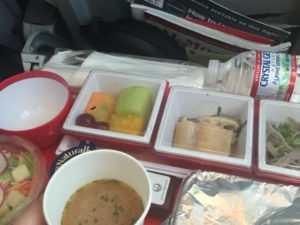 On top of that, they also brought around this delicious mocha ice cream! I was practically in heaven (except for the stiffness I felt after the 12 hour flight.) And once I got off the plane, I was greeted by: 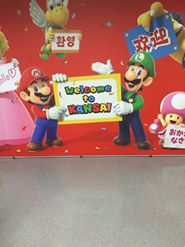 Since I landed so late, I had to spend the night in a hotel in Osaka. Even the hotel there was amazing, and the food the next morning was delicious. I probably could have done without waking up at 5am because of jet lag though. But I probably would have missed a sight like this! 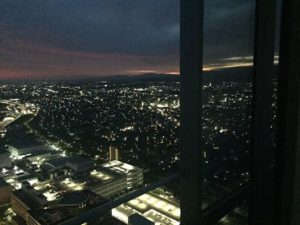 Osaka, as seen from my hotel room at 5 am…

The rest of the trip was rather simple from there; I had to take the hotel shuttle back to the airport and then used another shuttle service to get from Osaka to Kyoto (a little over an hour by car!). Moving into the dorm was made very simple by the RAs here and I can’t thank them enough for the help they’ve given me. 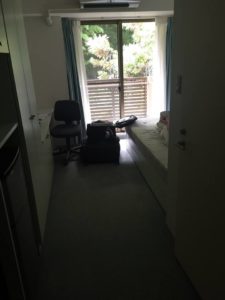 So far, it’s been a lot of fun and I’m excited to get out and explore Kyoto with the new friends I’ve made here!