India is home to many religions, Hinduism is the largest percentage, around 80%, followed by Islam ( only 14% of the population, but with almost 200,000,000 adherents, it is the country with the second largest Muslim population after Indonesia), as well as smaller percentages of Christians, Sikhs, Jains, Buddists, Baha’i’s, and many more. Hinduism has over a million gods and goddesses, most of whom are manifestations of brahma, the creator. Hindu beliefs are very evident in the Indian culture: a respect for life, the existence of multiple truths, belief in hierarchy and reincarnation. There are many interesting customs I observed this year in India that I would like to share. Let me emphasize that with almost 1 billion followers, there are many interpretations of Hinduism and each region, community and individual worships in a different way, so these customs do not encompass all devotees. 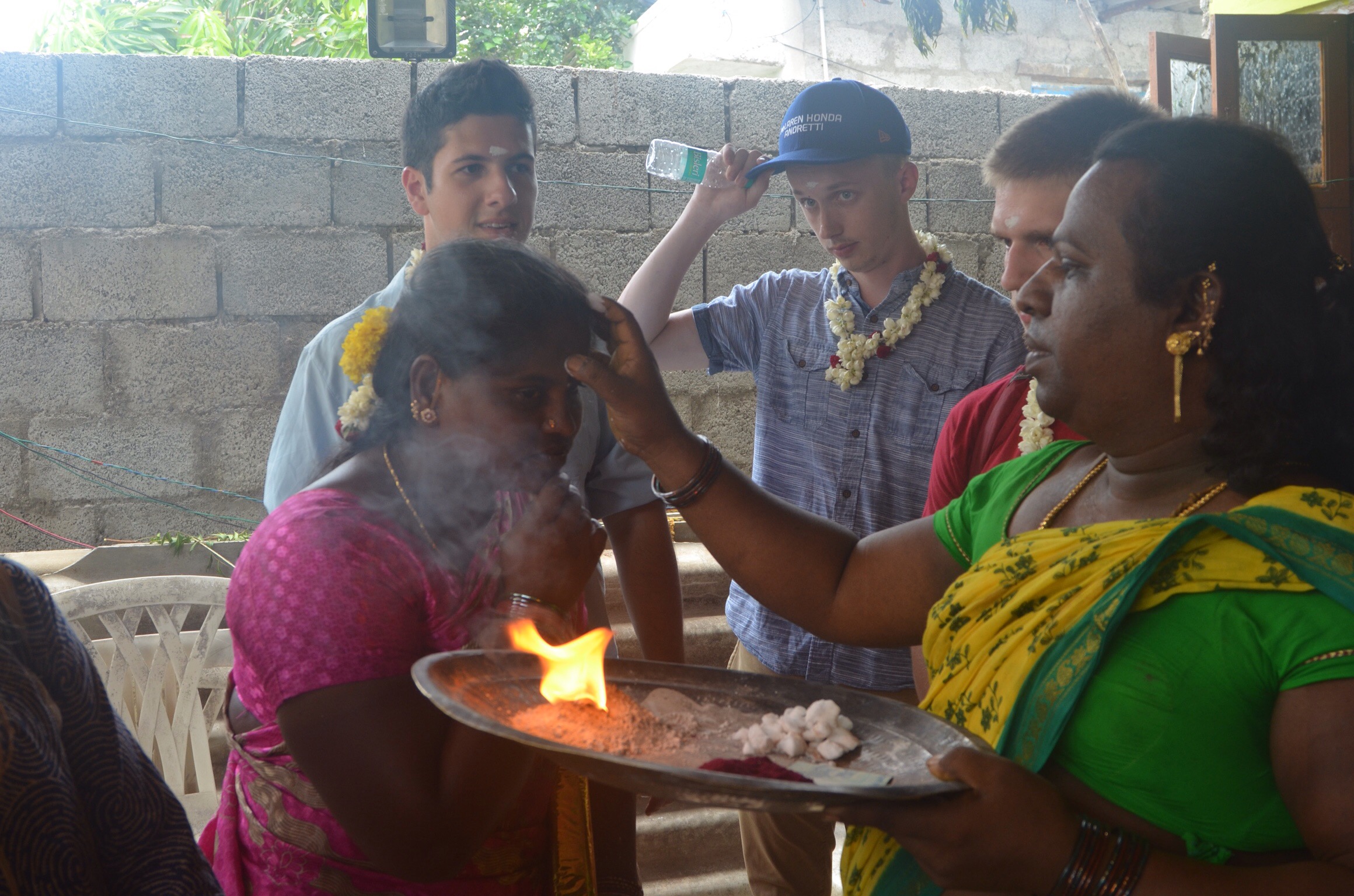 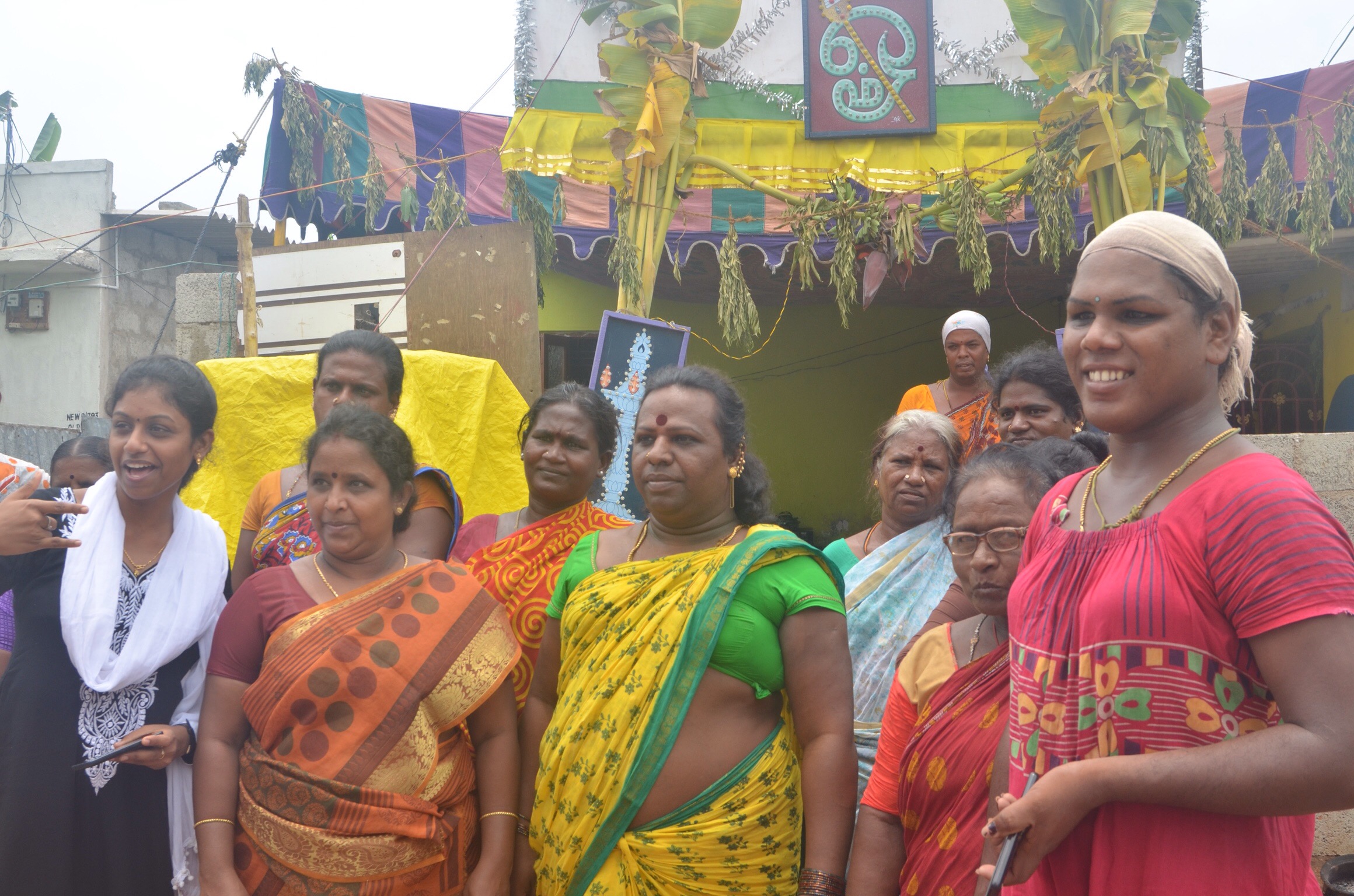 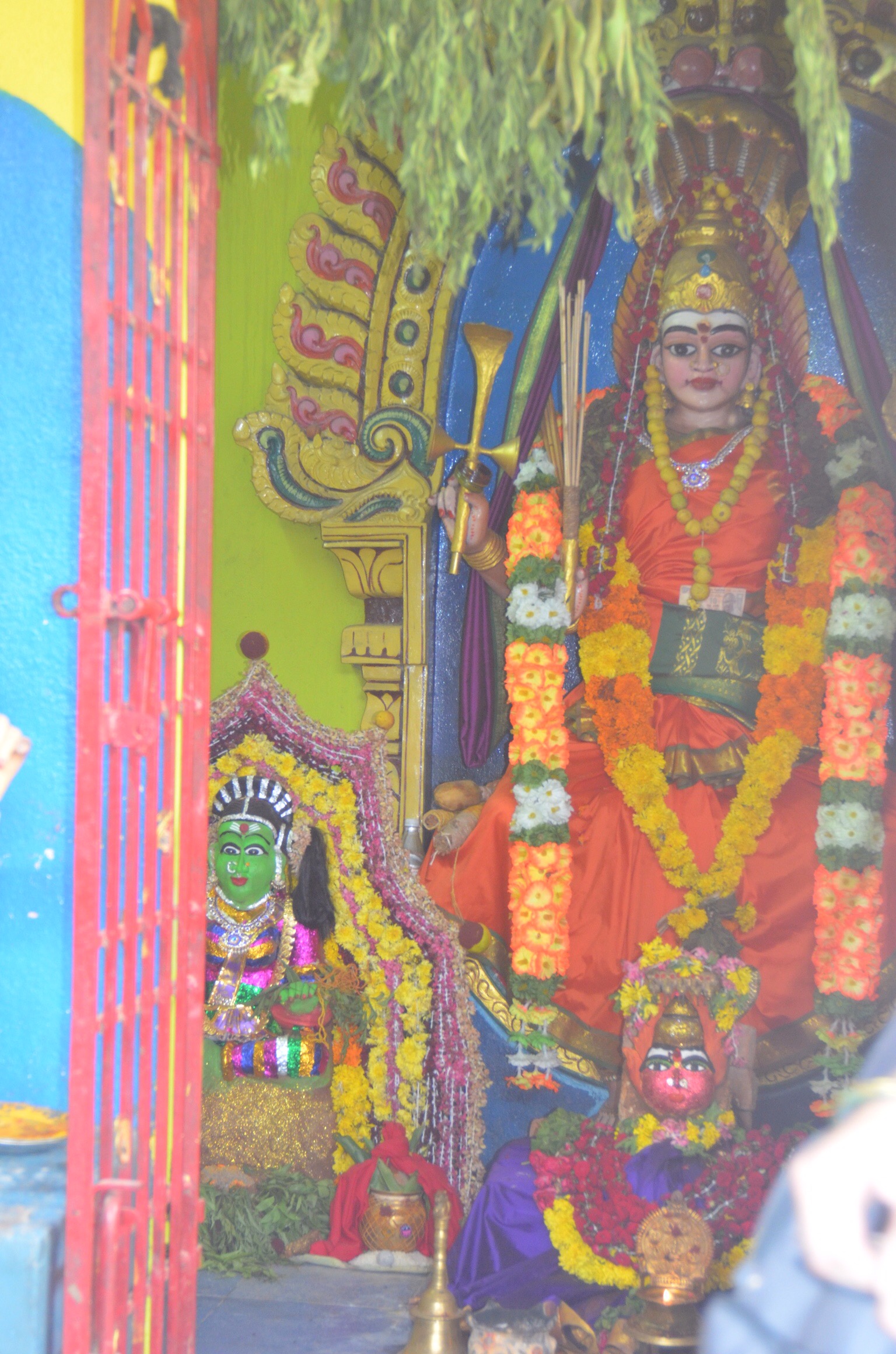 Outside of the city of Chennai, in the southern state of Tamil Nadu, we visited a transgender community which lives in a temple devoted to Mariamman, the goddess of rain. Since many gods are genderless, many Hindus in the region accept these men who dress in sarees-traditional women’s clothing- to be godlike or divine. Although the newer generations don’t accept the community, the older generations bring their children to the temple to be blessed. We were able to meet with some of the people who live in the temple, and they explained to us that they had come from all over India to join the community. We visited the temple the day after their most important festival. They were very gracious to receive us and show us pictures of past ceremonies. 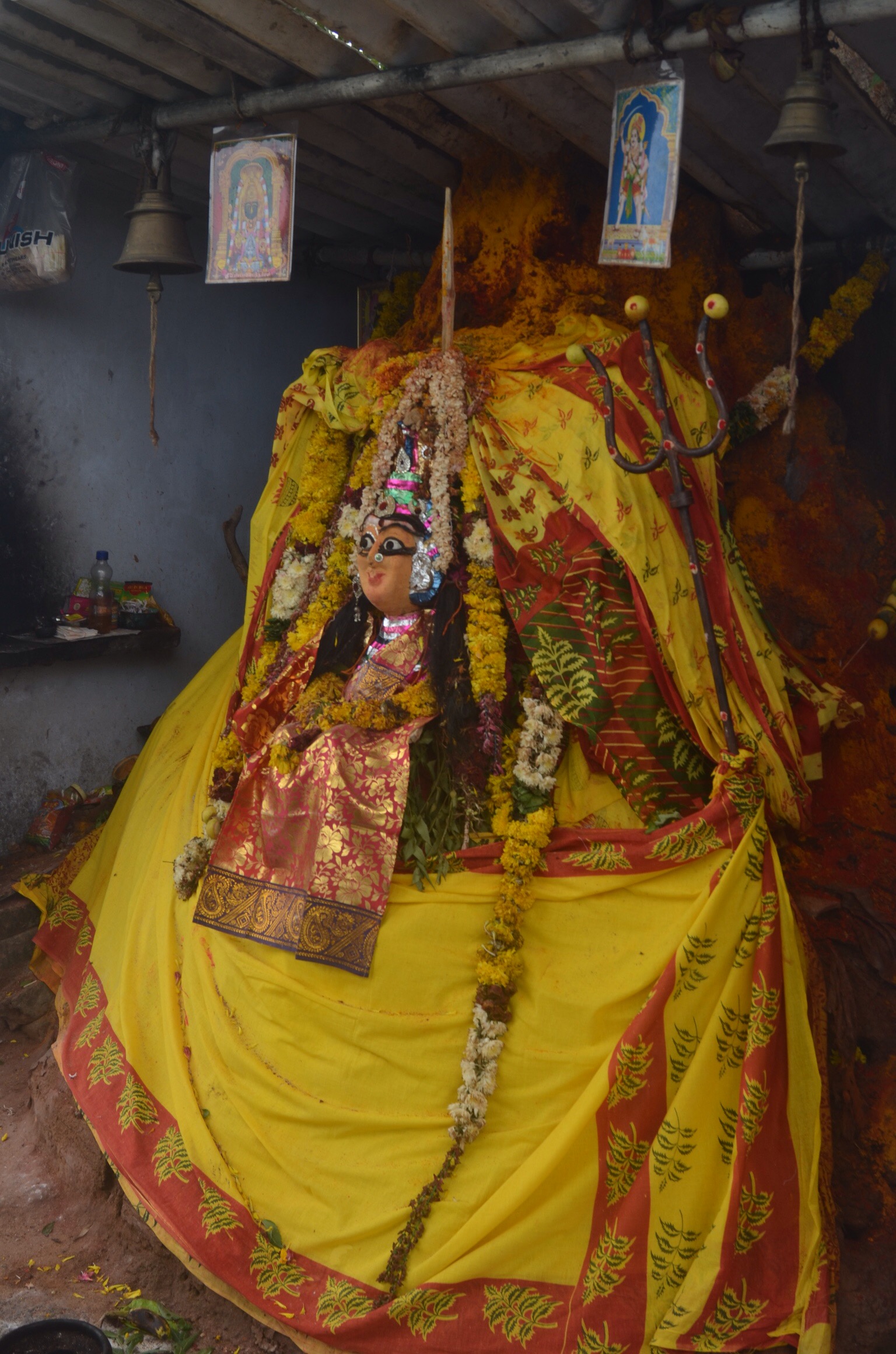 There are several sacred animals in Hinduism. The most famous is probably the cow, but while we were driving in some remote villages of Tamil Nadu I came across an interesting custom related to Cobras. Snakes are both feared and worshipped. Cobras can inhabit termite mounds, and when one is found, it is common practice in this region to decorate the mound with dyes and religious symbols to worship the snake. They will feed the snake milk and eggs each day to keep it happy. It also serves the dual purpose of keeping the snakes fed and away from their farm animals. Here is a picture of a small mound, followed by a cobra mound that is taller than a human. The locals saw the mound forming and built a roof overtop of it to protect it, then decorated with a Hindu god. An interesting tradition. 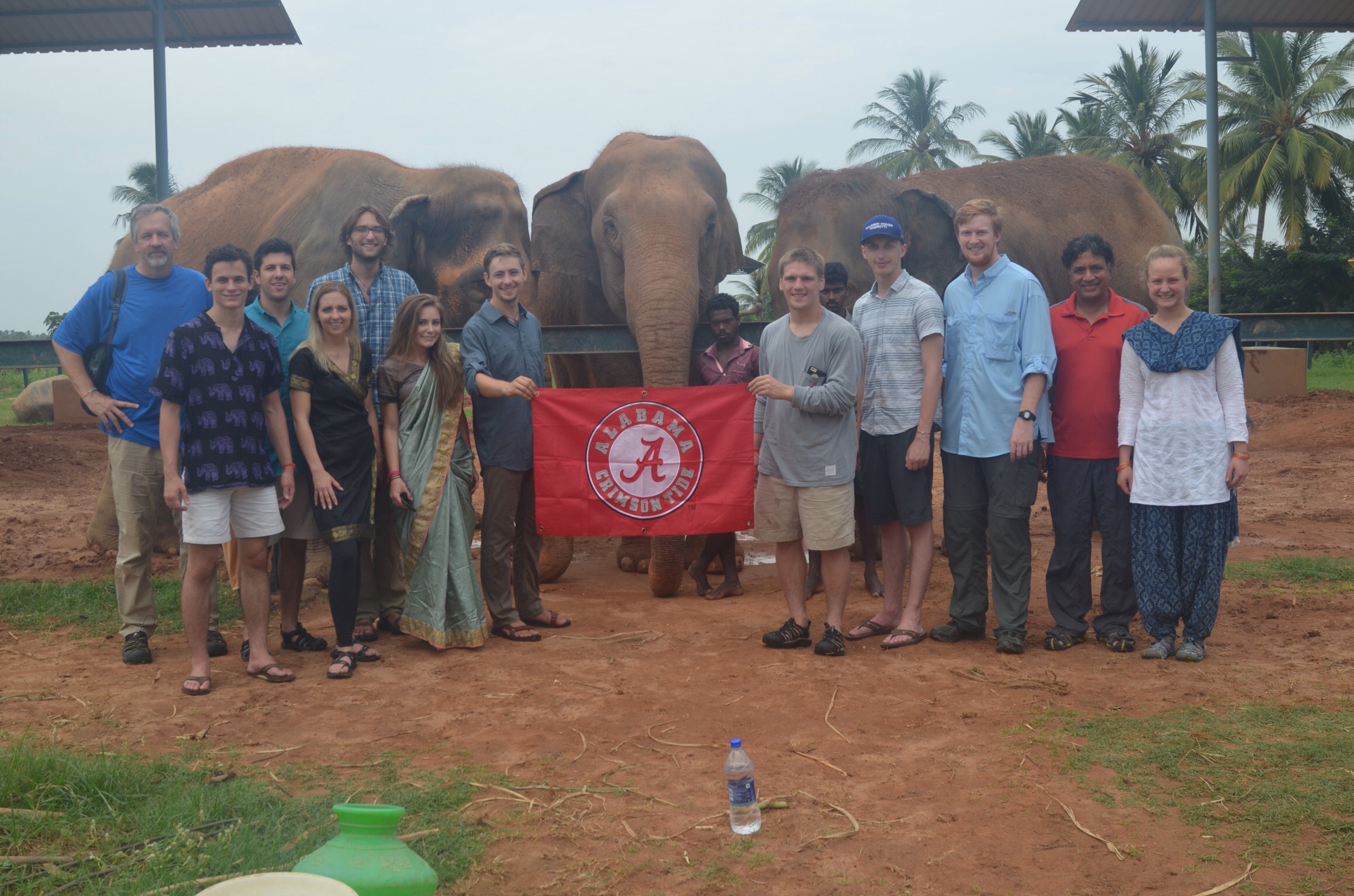 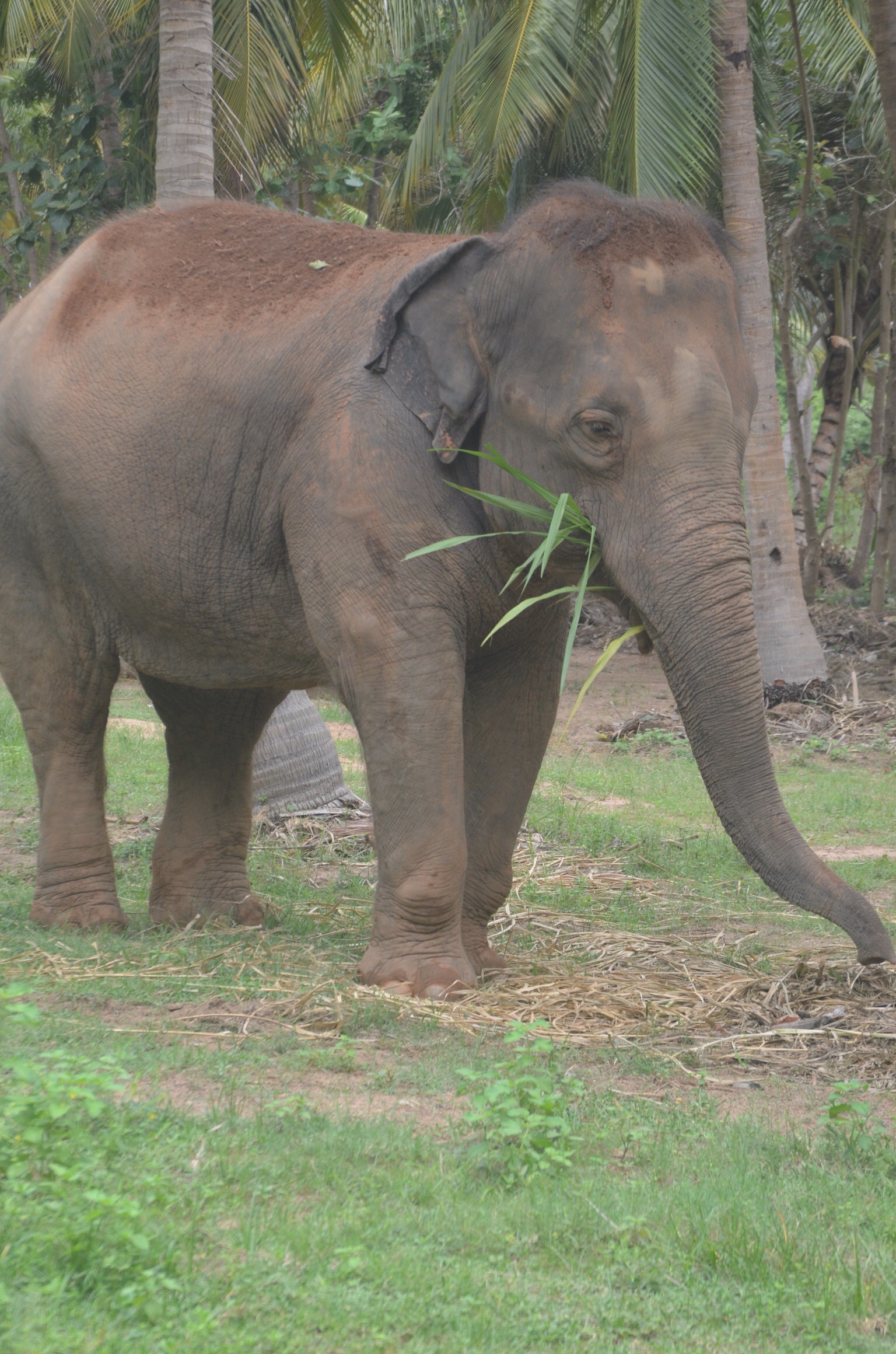 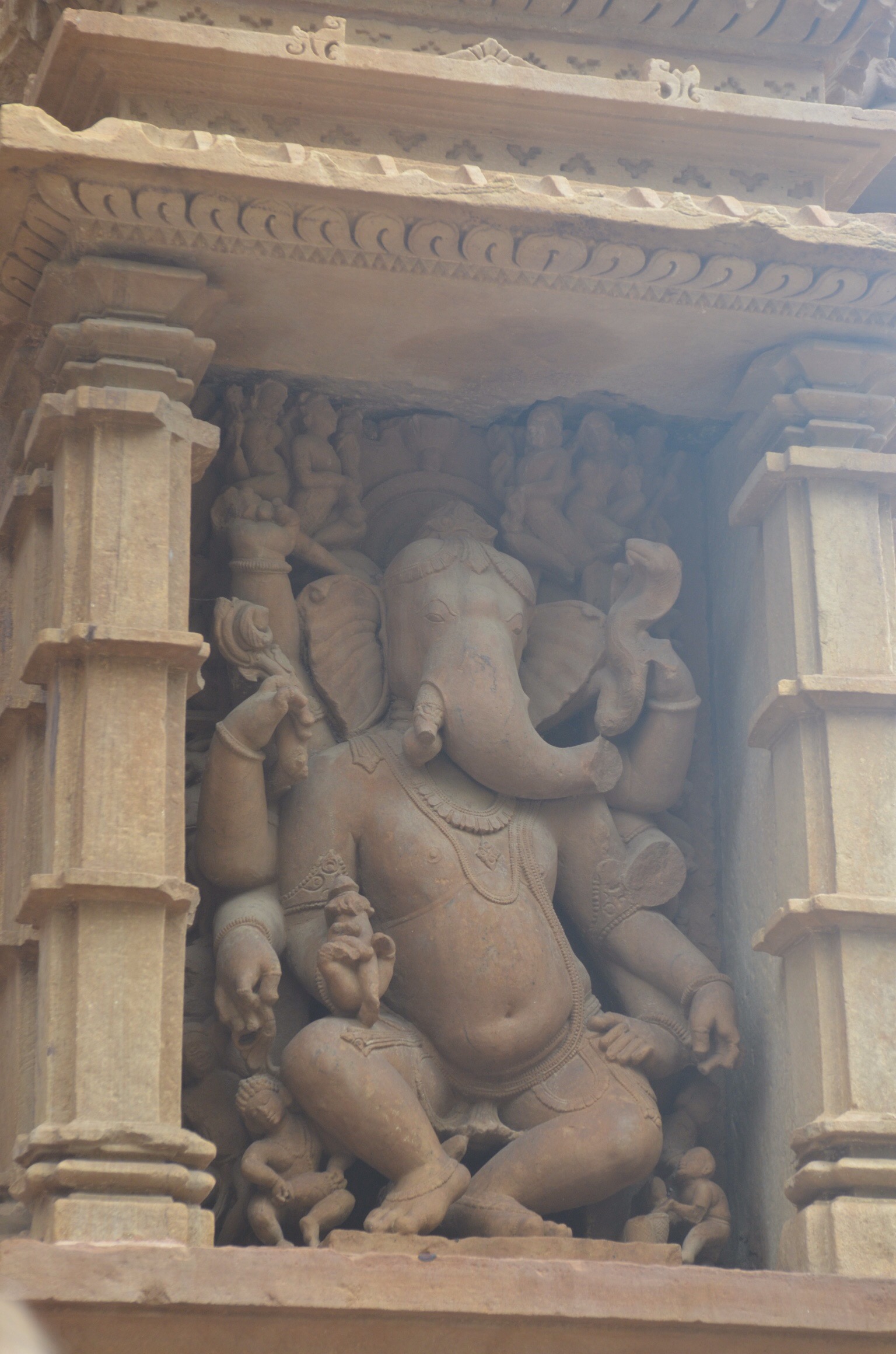 Elephants are also extremely sacred in the Hindu religion. They are the incarnate form of Ganesha, the elephant-headed God of wisdom. We saw many statues of him in temples.

In southern India many Hindu temples have elephants which they decorate for processions and ceremonies. The local visitors to the temple usually bring fruit for the elephants to eat. Unfortunately, most of the elephants aren’t treated very well by the temples, spending most of their lives shacked to a post, very rarely getting to go outside. Oftentimes they have sores and legions from mistreatment and they can develop psycological problems from isolation and captivity.

We got to visit an elephant rescue center which works with the temples to help them improve their elephant care practices and facilities or even removes the elephants and takes care of them on their land outside the city. We were able to feed the elephants and accompany them on their afternoon walk. It takes a lot of resources to care for the 3 elephants they currently own- almost $16,000 USD per elephant per year just in food! But in their new facility they are properly cared for and allowed the freedom to play and explore. 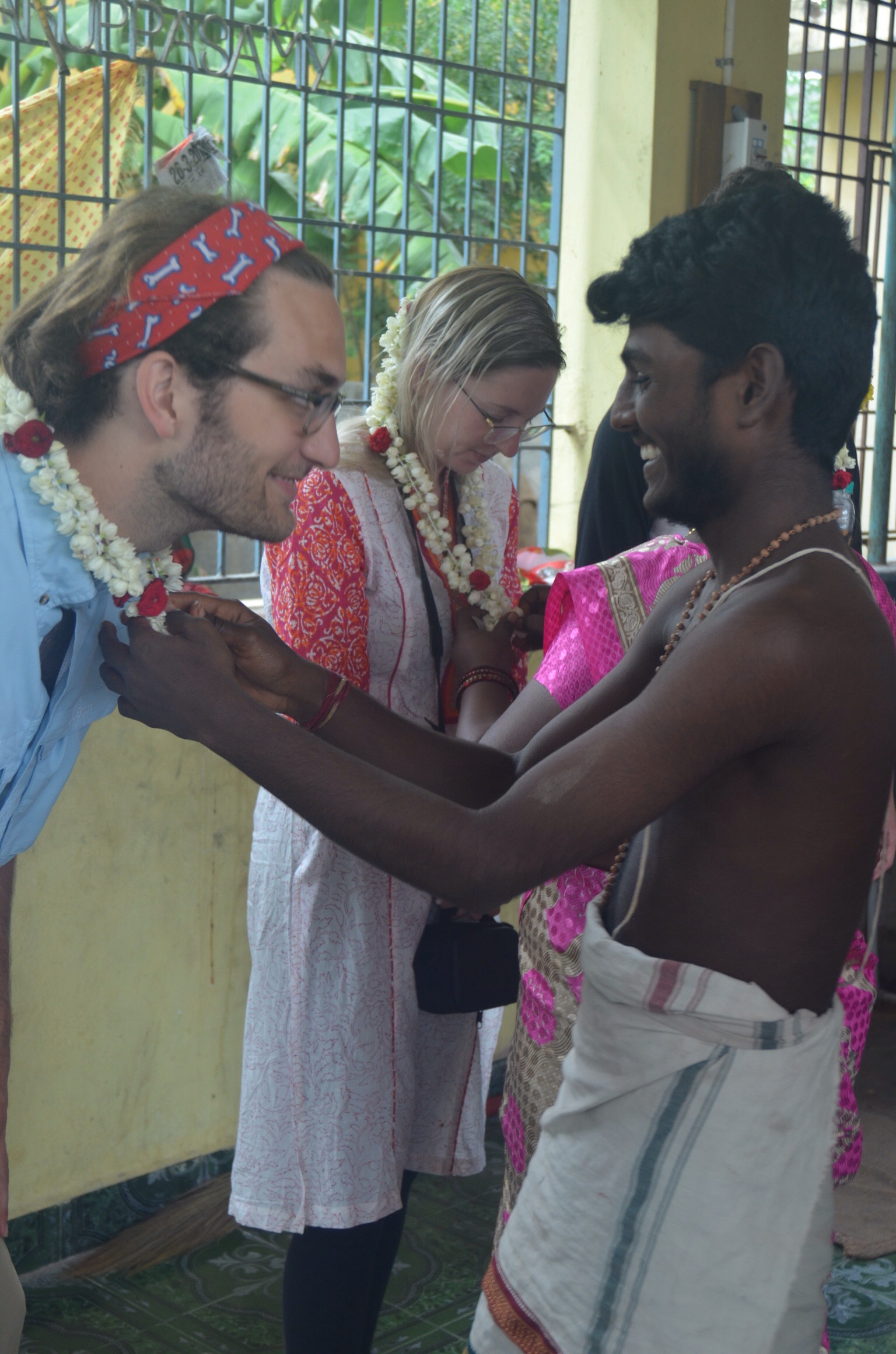 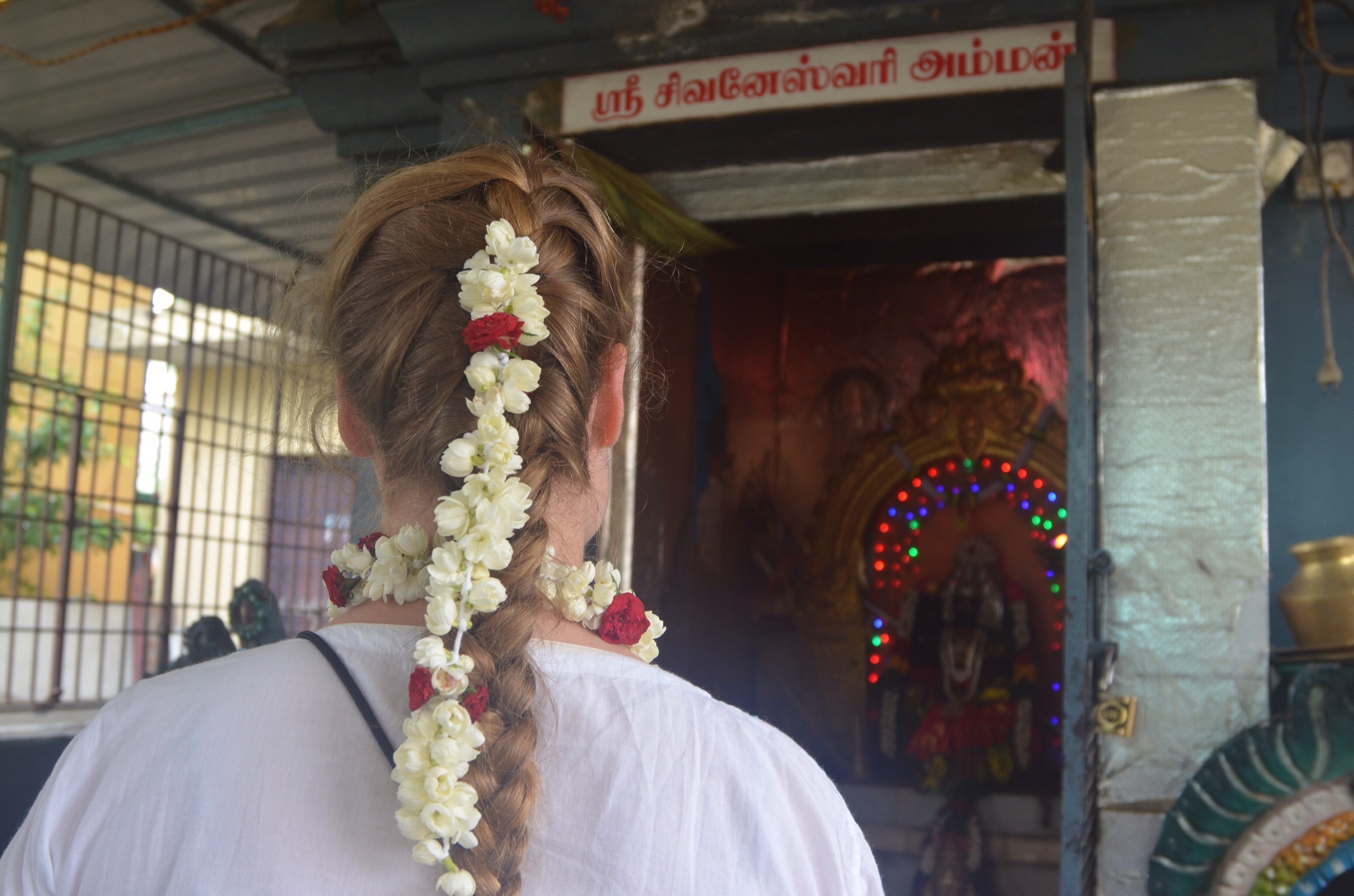 Flowers are an important part of ceremonies and offerings in Hinduism. When we travel in southern India, many women wear a string of jasmine in their hair every day. You can buy it from vendors on street corners almost everywhere you go. When we visit temples they put jasmine garlands around our necks and the women pin jasmine into our hair. It smells so fresh and fragrant. Our guide told us that fresh jasmine is flown into the city every hour to supply the high demand.