Oxford Thoughts — Upon Return to UA 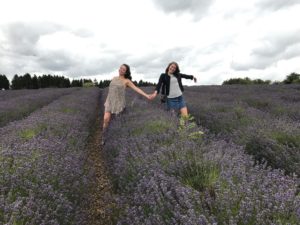 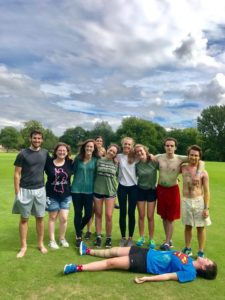 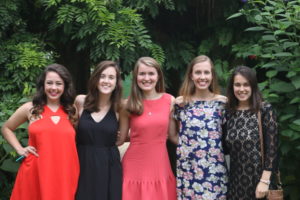 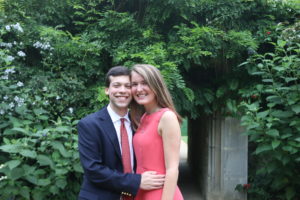 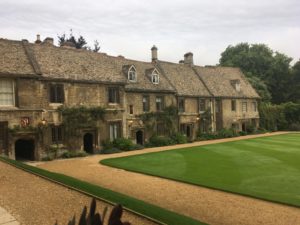 Most of Oxford’s old city wall has been absorbed into New College, and outside of it runs a street that’s named Longwall. Names and titles throughout the rest of the city are just as uncreative. There’s a coffee house called Queen’s Lane that sits on Queen’s Lane; the widest street in the city is called Broad Street; St. Mary’s Passage borders St. Mary’s Church, and the most magnificent university buildings are named after their benefactors. Even when I spoke to a woman named Ophelia in the town hall, she explained that Oxford’s name is just a useful contraction since oxen used to cross fords to reach the site of the modern-day city. They seemed a bit strange to me in their utilitarianism and blandness where so much of the town center is ornamental and embellished.

Now that I’m home and I’ve had the chance to mull over my experience, I’ve been able to reconcile these weird, seemingly unfitting names with my experience. Oxford’s streets don’t need decorative names since they serve a practical purpose for everyone in the city, scholar or townsperson or tourist, which is a rare unifier in a city with so many sects. I think that the nature of the streets to Oxford is the perfect picture of what being at the University of Oxford as a study abroad experience did for me. While “study abroad” is a glitzy, glamorous idea (and in many cases, the reality of it is truly beguiling), in many ways it grounded and humbled me in its unexpected practicalities that helped me better discern my path of study and how I want to operate as a student, much like the way in which the utilitarian streets ground the lavish city of Oxford. Since studying abroad, I’ve forged more meaningful relationships with professors and fellow students and have changed my major to more accurately pursue my real interests and passions.

After spending only about a month in Oxford, I feel like I can claim the city of Oxford for myself. I didn’t realize how quickly Oxford would entrance and envelope me. It’s disgustingly ironic, because while I feel ownership I also feel excruciatingly insignificant in relation to Oxford since I’m such a tiny dot on the massive expanse of Oxford’s timeline. However, when I think of the fleeting nature of my existence in Oxford, I’m also able to appreciate it even more and prize it. It will be bittersweet growing apart from the people I forged relationships with in Oxford (promises to keep in touch were painful because as well-intentioned as they were, we knew the wedge of distance and time growing between us was inevitable) and gradually forgetting the hard-earned knowledge of the city’s obscure alleys and premier underground hang-outs and rooftop escapes. When these feelings strike me, I remember my English class in Oxford with Dr. Robert Halli, where we discussed the poem “Ode to A Grecian Urn” that is founded upon the same idea: oftentimes, in order for us to truly understand beauty, it must be mortal and ephemeral. With this in mind, although I miss being able to walk everywhere I could possibly require, the ease of traveling to another country in a heartbeat, the most surprisingly delicious food stands, the humble country farms, the glitzy estates, and the pride and fulfillment from learning to navigate a city that was not my own and making it mine, I am still grateful to be on this side of my experience in Oxford because it exponentially enriched my life.