For my final weekend adventure in Ghana, I chose to fly to the Northern Region to Mole National Park.  The northern part of Ghana is very different from the area I lived and worked in and I was told by many Ghanaians that to truly experience Ghana, I needed to see what life looked like in each region.  The Northern region appeared to be much less developed, full of beautiful baobab trees and large termite mounds, significantly hotter (around 103 degrees the weekend we visited), and predominantly Muslim (we visited the oldest Mosque in Ghana that was over 600 years old!). Mole National Park is located in the North-West part of Ghana and is home to African elephants (over 600 of them!), warthogs, various species of antelope, baboons and other monkeys, crocodiles, and lots of interesting birds and reptiles. Mole has yet to be developed as a tourist destination (you can’t even buy a T-shirt), and is incredibly affordable (around 5 US dollars for a walking safari).  While on a morning walking safari, we had the chance to see around 20 elephants (roll tide), some splashing around in the water and others just taking a morning stroll. However, the most up-close animal encounter I had at mole actually didn’t occur on a safari.  I was sitting in my motel room one afternoon about to take a quick nap when I heard the door open. I looked over and it was A BABOON. It just opened our door and walked in as if it were providing room service.  Then, suddenly the door blew shut behind him and we were just left stuck there staring at each other. TRAPPED IN A ROOM WITH A BABOON. He calmly walked over to my friend’s suit case and looked around and then started walking to the other door that was also closed and locked behind us. In a panic, I jumped over the bed and opened the door and we both ran out of the room. He looked as confused as me, and we went our separate ways. Moral of the story, always lock the door before you nap kids. 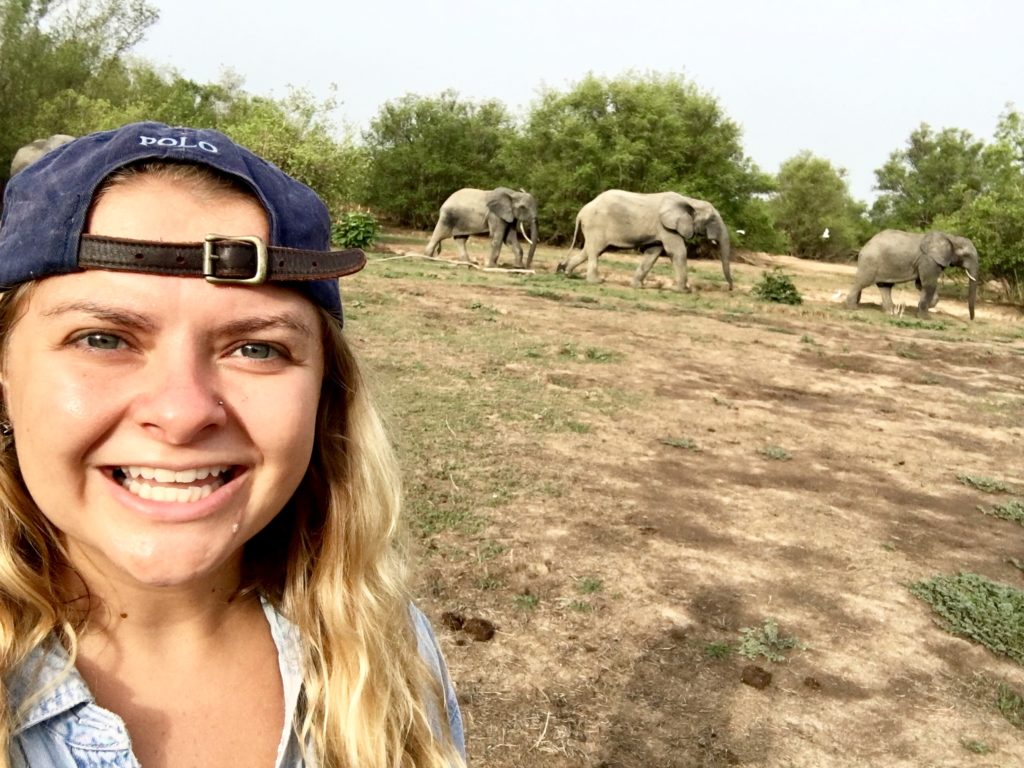