Day 2 in Belgrade is coming to a close, yet I feel like I have been here for much longer than 48 short hours. The extensive travel time has my brain a little out of whack, and I swear I’m a character in some sci-fi movie where time gets warped and the days all start to run together. We’ve done so much already and yet there is so much left to do. Yesterday started with a visit to an ancient fortress and then to Refugee Aid Serbia, which is dedicated to the aid and education of migrant asylum seekers. The presenter, Rhys, was a young man who has moved here from the United Kingdom to pursue his passion of serving those most in need amidst international crises. He taught us about the refugee crisis in Europe and the situation’s specifics in Serbia as well; the information was both overwhelming and heart-wrenching. His dedication to his refugee students was evident in the way he spoke about his work. This area of Eastern Europe is experiencing an influx of people seeking asylum as they flee from perilous circumstances in their home countries. As a country on the route that many of these people take in their voyages to France and Germany, Serbia has seen a large increase in the number of refugees. Learning about the crisis as a whole, the legal systems in place, the international guidelines for intervention, as well as the work of Rhys’s organization is doing for refugee integration into the community was a fabulous start to the trip. We followed the visit with a trip to see the fortress overlooking the Danube river and a traditional Serbian dinner, replete with delicious cheeses and live music. Today we were able to visit the government’s Youth Office which is dedicated to programs for youth development in the country, as well as one of the largest Eastern Orthodox basilicas in Europe. Casual encounters with Serbians have proved their generosity and kindness; I look forward to meeting my host in Niš and continuing to explore the country! 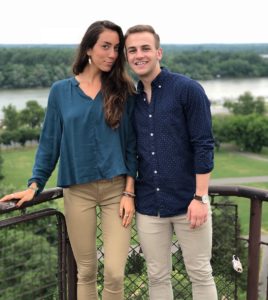 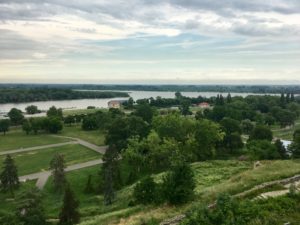 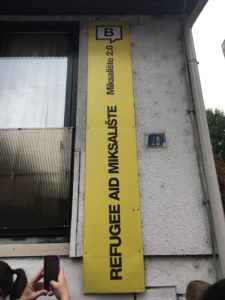