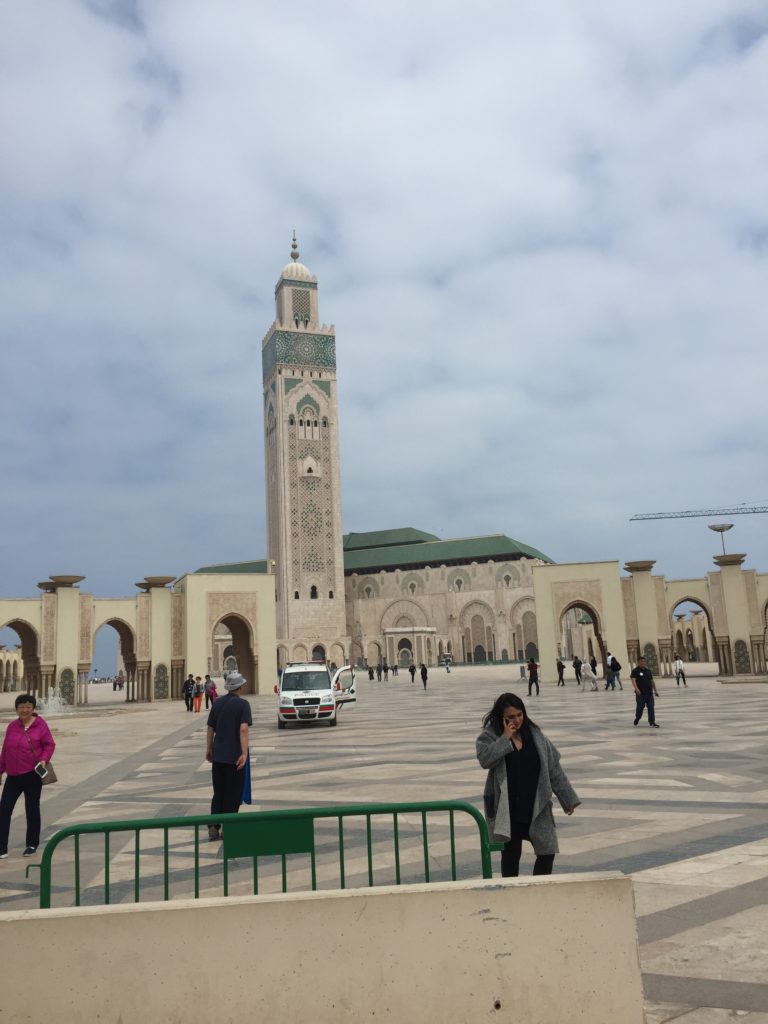 I’m now at the end of my first week here in beautiful Morocco. The country has exceeded expectations so far. I flew into Casablanca, where I spent the weekend touring the city with my group-we saw the King’s palace and the Hassan II mosque, pictured above- before driving to our new home in Meknes. Casablanca and Meknes have all the comforts of a modern city, from ATMs to public transportation. Everything is very cheap; a cup of coffee is $.50, taxi rides are less than $5, and a nice meal in a restaurant can be had for under $10 a person. The people are very welcoming, and VERY eager to try out their English when they see an American (I’m tall with pale skin and blue eyes, so most people can tell I’m a Westerner). EVERYBODY, even not particularly devout Muslims, participate in the Ramadan fast, meaning they don’t eat between about 3:30 am and 7:30 pm. But at 7:30, everybody breaks the fast and celebrates. I was invited by a teenager who spoke some English and saw me on the street to come break the fast with his family, so my roommate and I went and did that. I was surprised at how well I was able to communicate with his family in French and Arabic, as none of them spoke English. My classes are harder than expected, but I just need to remember that I am here to study, not to vacation! I am looking forward to learning more Arabic, especially the local dialect, and seeing more of the country.