Made it back to America. I’m actually pretty sad about returning home, but I’m excited to see what the future holds for a global economy. I made some great friends, tried some pretty strange food, and had a blast learning that the American standard on freedom isn’t what every country aspires to have. I struggled with culture shock my first two days, but having an open mind let me realize that there is a best practice for every person, company, and country, and sometimes our way isn’t the best way. I saw Chinese rail systems that were built in 8 years moving more people than our public rail systems have in a long time, and it’s interesting to see people are genuinely happy rather than being oppressed.

I did start to miss the ability to say whatever I wanted. I love America’s free speech, and I struggled with the idea of maintaining face. I don’t know how if I could function in a way where I kept my thoughts private and agreed in public. I find value in diversity and differences rather than accepting a view from someone else to maintain the status quo. Vietnam was a bit different with the country growing so quickly and laws still being established, but it felt similar in that no one wanted to express a real emotion or feeling but rather the positivity forced by the government.

If I had to go back, I’d want to see more of the rural areas in both countries. We saw the Crown Jewels of China and Vietnam, but I didn’t see as much poverty, struggle, and day to day life of those in the inland part of the country. I would want to backpack and meet with those who had completely different values than those living in the major cities. 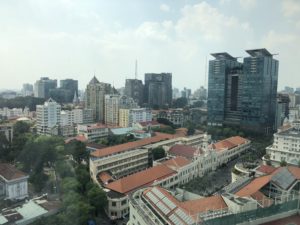