I have been in Australia for a week now, so I’m an expert on international travel, the study abroad experience, and mastering the nuances of a new culture. (This is a lie.)

I intended to make this blog post much earlier, but it turns out preparing for a month-long stay on the other side of the world is fairly time-consuming. Fortunately, this gives me an opportunity to write about my first impressions of Australia, and hopefully some future student will read it and avoid the mistakes I made.

When I first found out I had been chosen for the Australia program, I was ecstatic (seriously, ask any of the students whose studying I interrupted). My first year of law school was, admittedly, pretty rough, and I was excited for the opportunity to break out of my routine and do something new.

There’s one particular area in which I hope you, dear reader and future study-abroad-er, will learn from my mistakes: don’t wait until the last second to pack your bags. I packed at 11 p.m. the night before my flight, and that’s how you end up with overweight bags and overweight bag fees. Don’t just throw in everything you could want or need. If you’re going to have roommates, coordinate with them! You don’t all need your own blowdryer!

The travel itself went pretty smoothly. My flight from Atlanta to San Francisco was cramped, to say the least, and the most I got to see of San Francisco was the blur of the airport as I ran to my connecting flight, but I made it on time. The flight from San Francisco to Sydney was much more comfortable, but I guess it would have to be if the flight attendants don’t want a 15-hour airborne riot on their hands. But don’t get too excited, crying babies are on every flight and they know when you’re trying to sleep.

I was excited to have a day in Sydney before I moved on to Canberra, but be warned: jet lag will sneak up on you and it will win if you’re not careful. I ended up falling asleep at 4 p.m. and waking up at 1 a.m. Fortunately, like crying babies, 24-hour McDonald’s are also everywhere.

The next day, I took the train to Canberra, on which I learned another important lesson: the locals will think you’re an embarrassing tourist because you get excited when you see kangaroos on the train. They can get over it. Kangaroos are very exciting.

After spending a week here in Canberra, I’ve learned some more important lessons. First, you think you’ll be over jet leg once you manage to get back on your regular sleeping schedule. This is very incorrect, you will continue to get sleepy at 3 p.m. for at least a week. I’ll let you know when I get over my jet lag, but it sure hasn’t happened yet. Second, make friends with the classmates who came with you, because you’re going to be spending a lot of time together. But on a related note, take some time for yourself when you need it. You’ll have plenty of time to hang out with your friends, and there’s nothing wrong with needing a break from them. Third, AUSTRALIA GETS COLD IN THE WINTER. (Yes, it’s July and yes, it’s winter.) You think you’ll be perfectly cozy with your light sweaters but trust me, going from 90° and humid to 50° and dry in two days is going to shock your system a little bit. Fourth, keep in touch with people at home. It’s a bit of a bummer seeing your family’s Fourth of July pictures on Facebook when you’re freezing, and it’s nice to hear an American accent every now and then. Just work out a time you can call when you know they’ll be awake. For example, when I’m going to bed, people back home are getting up to start their day. And WiFi calling will be a lifesaver, trust me.

Also, pay attention in class. Yes, studying is the most boring part of studying abroad, but you have to do it at some point. 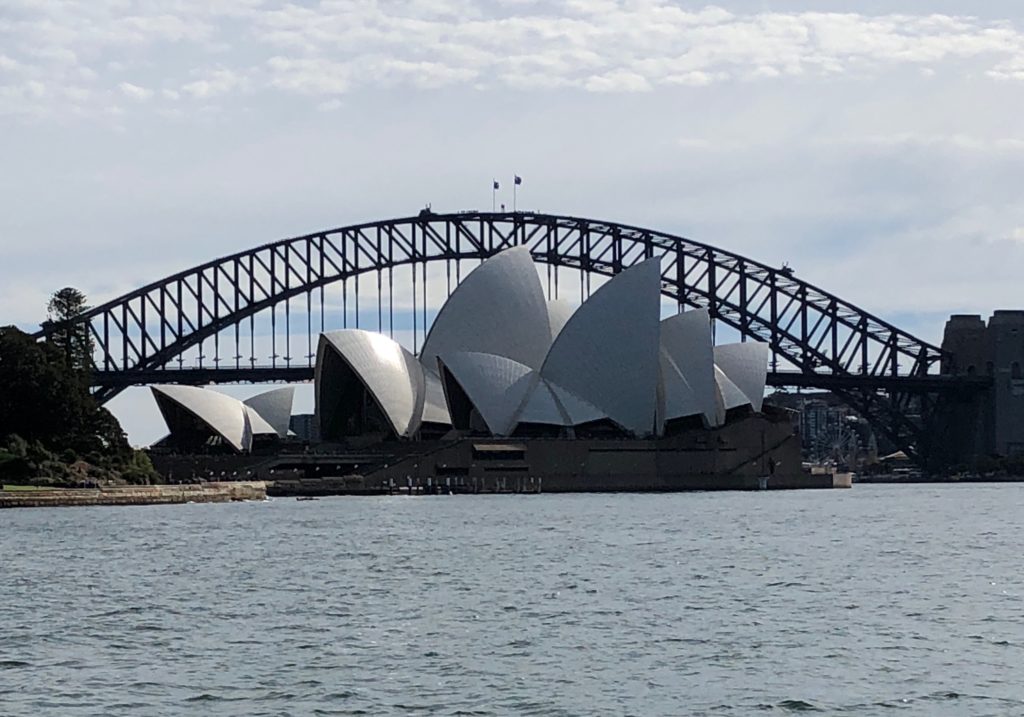