Segments of Poverty in India 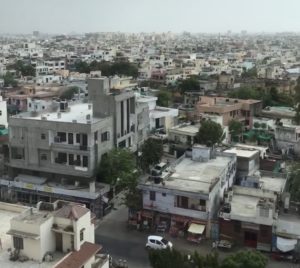 My study abroad class consists of 17 University of Alabama students who are all but one in the STEM-Path to the MBA program.  I graduated this past May with a BS for Environmental Science and am now entering my first and only year in the Manderson School of Business.  We have come to India to use our engineering, biology, computer science, etc. backgrounds and our new and ever-increasing business knowledge to create a Reverse Innovation project.  Reverse Innovation requires one to fully immerse themselves into a culture within the developing world, gain insight into their life (what problems do they face? what are their hopes and dreams for the future?), create a new technology or system that could improve their lives in some way  and can be manufactured and sold at very little cost, and then return to developed markets and sell the same product at a large profit margin.  Ideally, reverse innovation is both good for society and good for business.  To do this, we visited six impoverished consumer segments of India: three rural and three urban.

The rural communities were incredibly fascinating, each place was extremely different from the United States or anywhere I had seen before.  There were no sewage systems, running water, and little electricity apart from a single bulb on the celling of the central rooms in a house.  The tribal village did not even have true houses, but just straw awnings over shared cots.  Up until the developing village, the roads were not paved.  The villages shared many farm animals such as goats, cows, buffalos, and chickens.  For the most part, villagers ate simple foods such as breads homemade from grain and fruits and vegetables.  Most of the villages had a central water well or pump and the developing village had a large filter.  They lived simple lives centered around doing their share of work for the village.

The urban communities were recognizable; they seemed like what you would envision New York City to be like around the time of the industrial revolution.  Many people were crammed in small spaces and residents worked very low paying jobs.  The streets, that felt more like alleyways, were poorly designed and often flooded with contaminated and dangerous sewer water.  Although families moved to the cities to peruse greater opportunities and reach the middle class, at least as an outsider, it felt like life was harder here than in the villages.  To me, this was the place Reverse Innovation was needed.