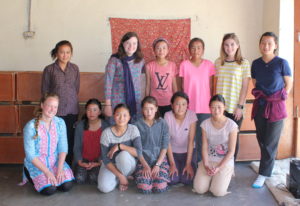 The most prominent aspect of India is the people. Spending three weeks traveling to four different cities in northern India gave me a broad range of people to experience. They say that every 100 miles the language, dress, and people changes in India, and they are absolutely right. It is obvious that there are thousands of layers of cultures intertwining in India and it is beautiful the way it plays out in modern society.

I’m not gonna lie, it was extremely overwhelming, and at times scary, to be completely immersed into such a different place than what I’m used to, but it gets easier as the days go by.

After about a week I started to appreciate the fact that I was meeting people I never would have gotten to meet without going on a study abroad trip. We had the opportunity to meet so many local people as our guides and in interviews during our studies. Every one of them were so kind and welcoming of us into their homes. At every stop we made we were offered Chai tea and cookies, and they would not take no for an answer, similar to how a grandmother forces her grandchildren to eat until they cannot breathe. 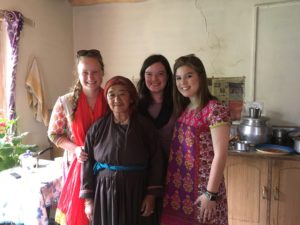 Our translator in one city told us about how some of the women were begging  for us to come back and visit them and have tea with them. The people I met on my trip made it worthwhile even if I had not done anything else I would’ve been happy to just have met them.