Vegetables and Dessert in Shanghai

Wow. That’s one word I can use to sum up my time so far in Shanghai. I’ll give you the vegetables first:

You’re going to read that the air quality in Shanghai, and most major cities in China, sucks. You’d be right about that. It takes getting used to. You walk around the city and randomly smell excrement, tobacco smoke, or exhaust in any combination, at all times. So that’s fun.

I’m only in Shanghai for 8 weeks. This unfortunate fact means that I can’t get a Chinese bank account. Which, is basically REQUIRED for living in Shanghai. It’s a pretty tech savvy place that uses an app called WeChat. Within this messaging app is something called WeChat Pay. It’s used by every store and restaurant. Some places don’t even take cash anymore. That kind of sucks, but it’s something to be aware of before traveling to Shanghai. If you’re going to be here for a longer time, say six months, then you may be able to get a Chinese bank account. If possible, I highly recommend doing so.

The food is absolutely amazing. I’m a very adventurous eater, so if you are not, then take everything I say with a grain of salt. Pretty much everything I’ve eaten here has been tasty. Chicken, pork, frog legs, hot pot, dumplings, schezwan food, han food, everything has been amazing. There have been a few exceptions but everything I’ve tried has been worth it. I highly advise to eat at a Yang’s Dumplings. You won’t be disappointed there. Go in with the mentality to try lots of food. There are a lot of good foods to try when you keep an open mind. The metro is easy to navigate, just pay attention to which direction you’re going.

In the financial district, Lujiazui, there is a park that has great views of the city. That is, if cityscapes are your thing. If you’re by the Shanghai Science and Technology Museum metro station on line 2, there are a couple of really great, cheap stores. Stop by, and make sure to haggle well. The Shanghai Museum, Natural History Museum, and Aquarium, are all great day stops. Although the aquarium is a little pricey for an adult ticket, about 160 yuan, but still worth checking out if you like fish. All are educational and say a lot about the history of Shanghai.

So far, I’ve enjoyed my time in Shanghai. It has had its ups and downs, but so far, it’s been good. I’ve learned that after everything seems new and different, it’s just people living their lives in a somewhat similar fashion to ours. That fact, while on the outside may have a somber, cynical feeling, underneath it can be beautiful. Instead of focusing on the differences between the day-to-day lives to two societies, it focuses on the similarities. It’s poetic. Even when there is as much tension between the two nations as there is right now, there are still aspects of each other that bring us together. I guess that’s a reason why we travel. To learn about those similarities and come together. 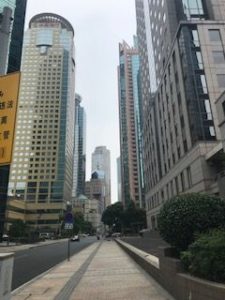 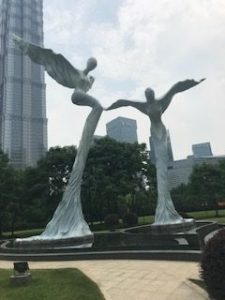