The last full weekend of the trip was during Dr. Magleoca’s class, The Water Planet. We had already taken our final for the class, and we departed from the Soltis Center for three days to travel to Guanacaste, the northwestern most province of the country, to study water use there. Guanacaste produces a majority of the nation’s two most popular crops: rice and sugarcane. We were to study something called the food-energy-water nexus,...

The first two weeks of the trip were led by Dr. Mathew Lafevor, who taught Geography of Latin and South America. He spoke spanish, and knew a good deal about the culture and geography of the area. The class was engaging, but the activities that we did outside of the classroom made it even better. Dr. Lafevor’s two weeks also happened to line up with the worst two weeks of weather we had at Soltis. It rained every day, sometimes...

I arrived in San Juan, Costa Rica, around 2:30 on January 17th. Only after waiting in the customs line for 45 minutes did I realize that the american man standing behind me, who had been on my flight, was also a UA student there for the same program. We hurried through customs, and rendezvoused with the rest of the group, who had been waiting in the baggage claim. We left together, and walked across a crowded street to a shaded... 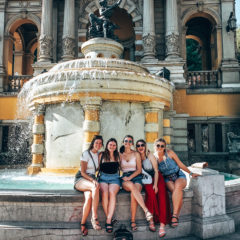 “Sí po, cachai?” Yeah, you know? Had this phrase been said to me in any Spanish class or come up in a conversation before living in Chile I would have stood there dumbfounded and wondered if maybe it was Portuguese instead of Spanish. “Quiero una palta y un jugo de frutilla.” I want an avocado and strawberry juice. I would have asked what on earth a palta was and if frutilla meant a mixed-fruit juice. You would expect that, going to... 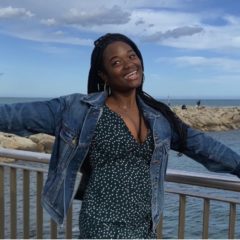 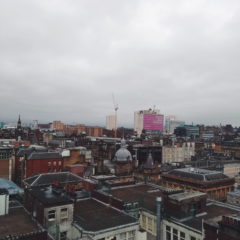 So we’ve all heard by now how corona virus has affected all of the students on study abroad. The chaos a week before myself and two friends were supposed to be off to Spain and Portugal for our spring holidays, which lasts a month over here! As our numbers dwindled, due to all of our friends being recalled by their home universities, my roommate and I found ourselves alone on St. Patrick’s Day which is usually my favourite holiday....